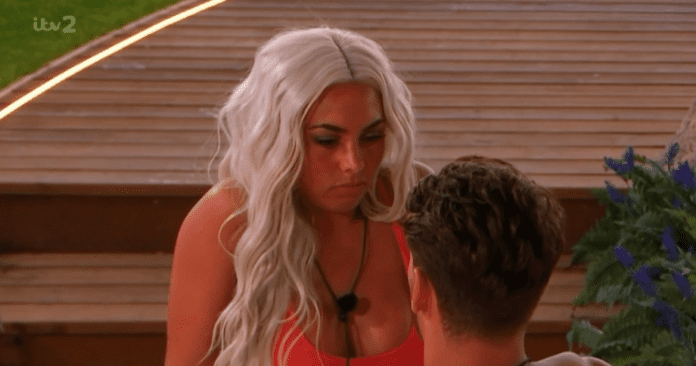 The preview for tonight’s Love Island has teased the aftermath of Jacques and Paige’s fallout.

During Tuesday night’s episode, the Islanders took part in the show’s famous heart rate challenge, which saw the boys and girls compete against each other to try and raise each others’ heart rates the most with a sexy dance.

Amid calls for Paige to ditch Jacques in tonight’s recoupling, he pulls her for a chat to apologise for how he reacted last night.

He says: “When you actually opened up and told me why, I was like ok, I apologise. I should’ve had your feelings first before mine.”

In the Beach Hut he reflects: “Last night with Paige, I was quite selfish at first- I realised that pretty quick when I spoke to her. I should’ve been there for her straight away.”

Back on the day beds, he says to her: “I’d love to prove to you how much you mean to me.”

Will Jacques be able to prove his feelings for Paige? And will it help relieve Paige of her doubts? Or will Paige decide to recouple tonight?