Love Island first look: Tanyel left fuming at Kai as he flirts with another girl

The drama is about to kick off on Love Island tonight…

Following their dates with Ron and Tanya, new bombshells Zara and David join the Islanders in getting ready for their first night in the Villa.

After her date with Ron, Zara asks Lana: “So how are things going with Ronnie?”

Lana replies: “We’ve had a good couple of days together, it’s so early to be honest, so fair game.”

Zara says: “Cool, I appreciate that to be fair because if you were like, ‘You know what, he’s mine paws off’ I’d be like, ‘Right, it’s game on.’”

As the evening gets underway David cracks on with pulling girls for a chat, including Tanya.

This prompts Will to chat to Zara, who ends up doing catwalks across the Villa’s stunning swimming pool.

Later that evening, Lana and Ron debrief on how his date went with new bombshell Zara. 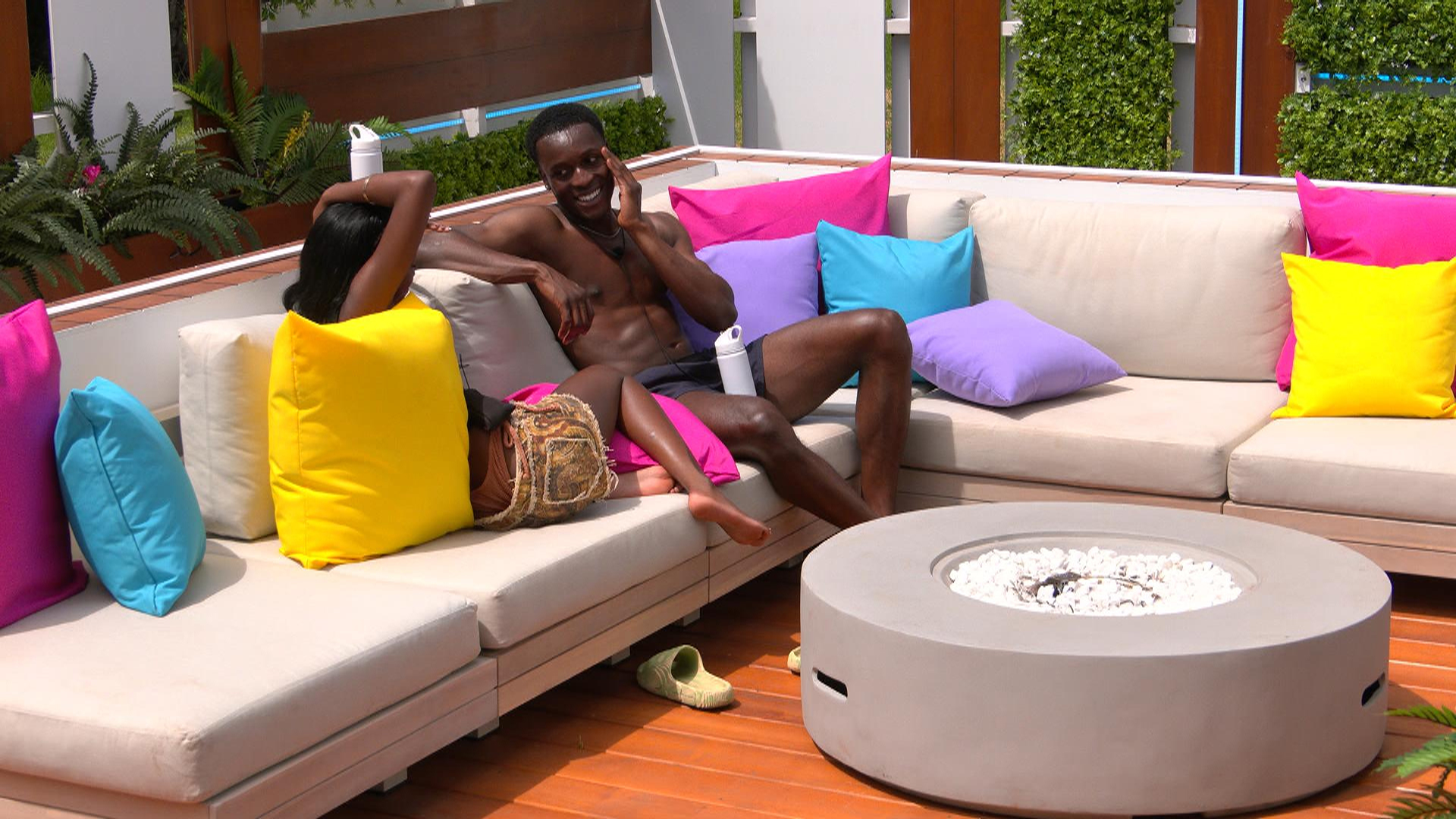 Lana asks: “How was your date? Do you want to get to know her?”

Although coupled up with Tanyel, Kai has also been getting to know Anna-May. Taking notice of this, Tanyel pulls Kai for a chat to which he asks: “What are you feeling about today?”

Tanyel replies: “You didn’t do anything wrong, but I actually got really jealous and I don’t like it.”

Kai replies: “The fact that you’ve told me that you were jealous is the first intel that I’ve actually got that you actually like me.”

Tanyel says: “I know and this is what I wanted to talk to you about, it really annoyed me that you spoke to someone else, that obviously shows me that I like you…”

The following morning David and Tanya catch up after yesterday’s date as he compliments another one of her outfit choices, Tanya says: “You’re going to get tired of telling me.”

David goes on to add: “I feel like we’ve got a connection now already…”

Will David try and make his move on Tanya later that evening? And what does this new found connection mean for Tanya and Shaq?

Following her conversation with Kai, Tanyel and Ron go for a chat as he asks her where her head is at.

Tanyel replies: “Two can play that game, my top two would be you and Kai.”

Asking Tanyel about Kai, Ron says: “Are you telling me you’re bored of Kai now?”

Tanyel saus: “No I didn’t say that…” and Ron replies: “But you just want to spice things up a bit? Interesting.”

Later in the Beach Hut Tanyel says: “I feel like Ron brings out a different side of me, maybe more of the feistier side which is probably better in some ways. I want to flirt with Ron all day and all night.”

How will Ron react to her admission?

As night falls the Islanders play a game of dares-meets-beer pong (non-alcoholic, naturally).

Tanyel is first up and is dared to snog the Islander she thinks is boyfriend material. Will she kiss Kai or will she use it as an opportunity to explore her new found crush on Ron?

Anna-May is dared to snog the Islander she fancies the most, will she ruffle feathers?

Meanwhile, new bombshell Zara is dared to kiss both the cheeks of the Islander she thinks is the most two-faced. Will her choice shock?

And while new arrival David gets the chance to snog someone he fancies, Shaq gets to kiss someone in the place he himself most likes to be kissed.

Later, as the Islanders debrief on the night’s antics, it seems some aren’t quite as happy with re-capping the night’s events as others…

Love Island continues tonight at 9pm on ITV and Virgin Media One.