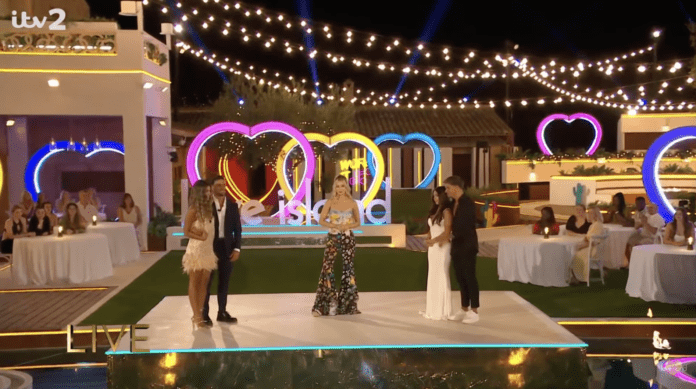 Love Island fans have been left confused by a major change to the final episode.

On Monday night, fan favourite couple Davide Sanclimenti and Ekin-Su Cülcüloğlu were crowned the winners of the 2022 series.

However, viewers were left scratching their heads as they skipped the famous ‘split or steal’ moment.

In previous years, the winning couple are each asked to pick one of two envelopes – one containing the £50,000 prize, and another with nothing inside.

The contestant who scored the £50k was then asked whether they would like to share the money with their partner, or keep it for themselves.

The twist was introduced in the very first season of Love Island, but none of the winning couples have ever chosen to steal the money.

While many fans thought they simply ran out of time and decided to skip the ‘split or steal’ element of the Love Island final, the producers have actually scrapped the twist altogether.

The show’s host Laura Whitmore confirmed this earlier in the episode, as she told the audience: “The winning couple will split a huge £50,000. And, this year, we are not even asking them to choose between love or money.”

Fans weren’t happy about the change to the format though, and took to Twitter to question why Ekin-Su and Davide weren’t given the ‘split or steal’ option.

WHERE IS THE MONEY BIT ??????? HELLO? HOW HAS 50K BEEN FORGOTTEN?? #LoveIsland pic.twitter.com/cCQZhFmdLV

Did Laura just say that they don’t have to choose between love and money? So no one can steal the 50k? #LoveISland pic.twitter.com/4xv1RfneBw

Davide and Ekin-Su were crowned the winners of Love Island 2022, while Luca Bish and Gemma Owen came second.

Find out when the reunion is taking place here.