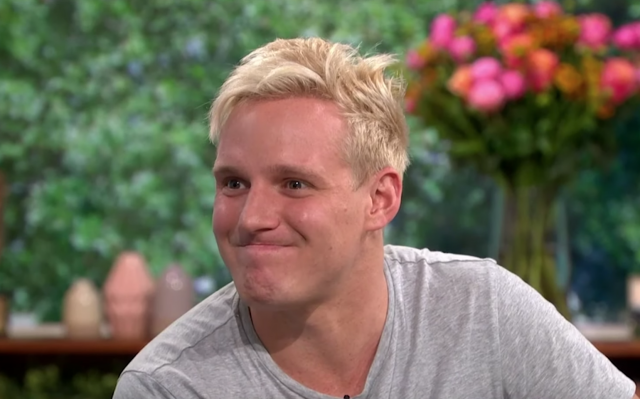 Jamie Laing has admitted that he burst into tears when he was told to quit Strictly Come Dancing.

The Made In Chelsea star was forced to pull out of the competition after he injured his foot during the launch show’s opening dance.

Speaking on This Morning today, Jamie confessed: “I cried. I just wanted to be Madonna and dance. I said to everyone, it’s a dancing show, why am I getting so upset about it?”

“It’s so embarrassing. It’s my mum’s fave show in the world and I didn’t tell her I was doing it. She found out when I was on Loose Women and it was revealed.”

Speaking about the moment he knew he had sustained an injury, he said: “I had a feeling that it wasn’t good.”

“I went to four different specialists to find one of them that would say it was going to be OK. But everyone went, ‘It’s just not going to be OK’.”

“I had a meeting with the guys from Strictly and they were really wonderful. It’s quite an upsetting thing.

“When you’re in a show like that you make friends with everyone and it’s a bit of a bubble, so when that’s taken away from you, it’s pretty upsetting.”

This Morning hosts Phillip Schofield and Holly Willoughby, who also co-present ITV’s Dancing On Ice, then encouraged Jamie to sign up for the skating series instead.

Phil asked, “Can you skate?” before Holly said, “Oh yeah you might be ready for Dancing On Ice… hang on you are a bit accident prone. I’m not sure about being on ice.”