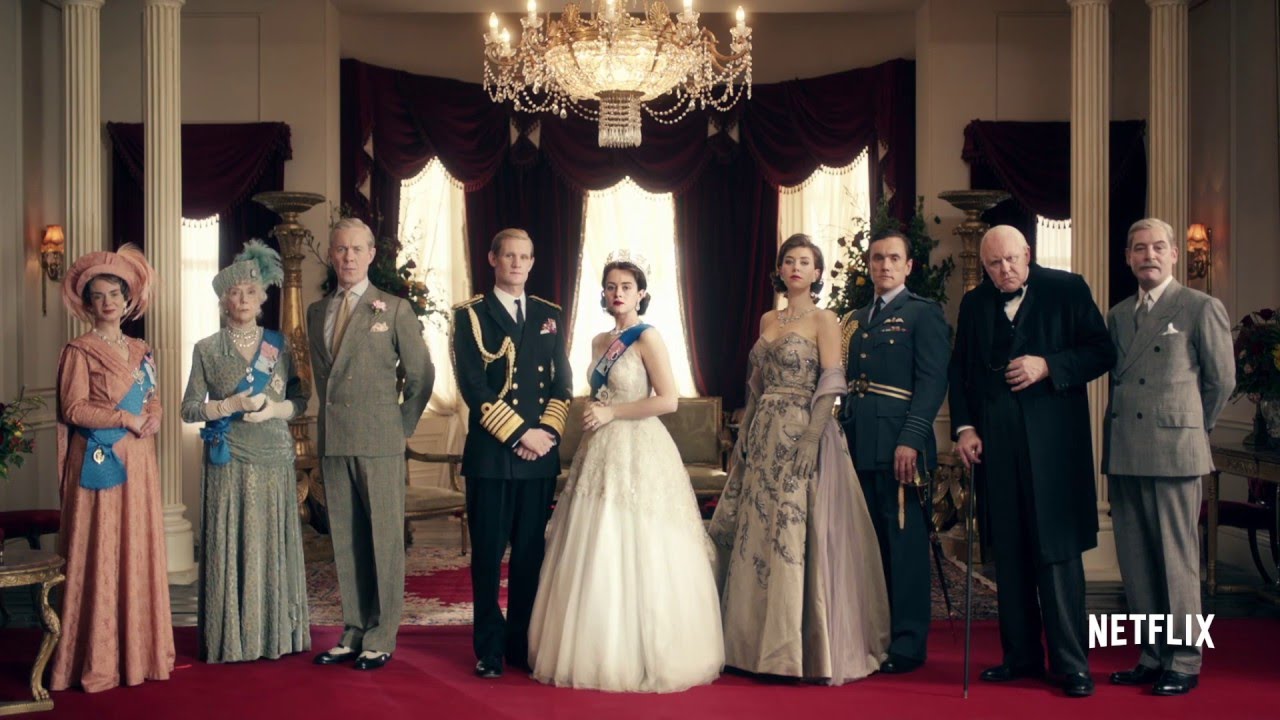 Aisling Kavanagh has shared behind the scenes snaps of The Crown season five.

The Irish designer jetted off to Marbella last week, where she spotted the upcoming season was being filmed.

Taking to her Instagram Stories, Aisling wrote: “Fans of THE CROWN everyone stay calm, I repeat stay calm but I came across them filming for Season 5 in Marbella and it was so cool to catch a glimpse of it so let’s enjoy these behind the scenes together x.” 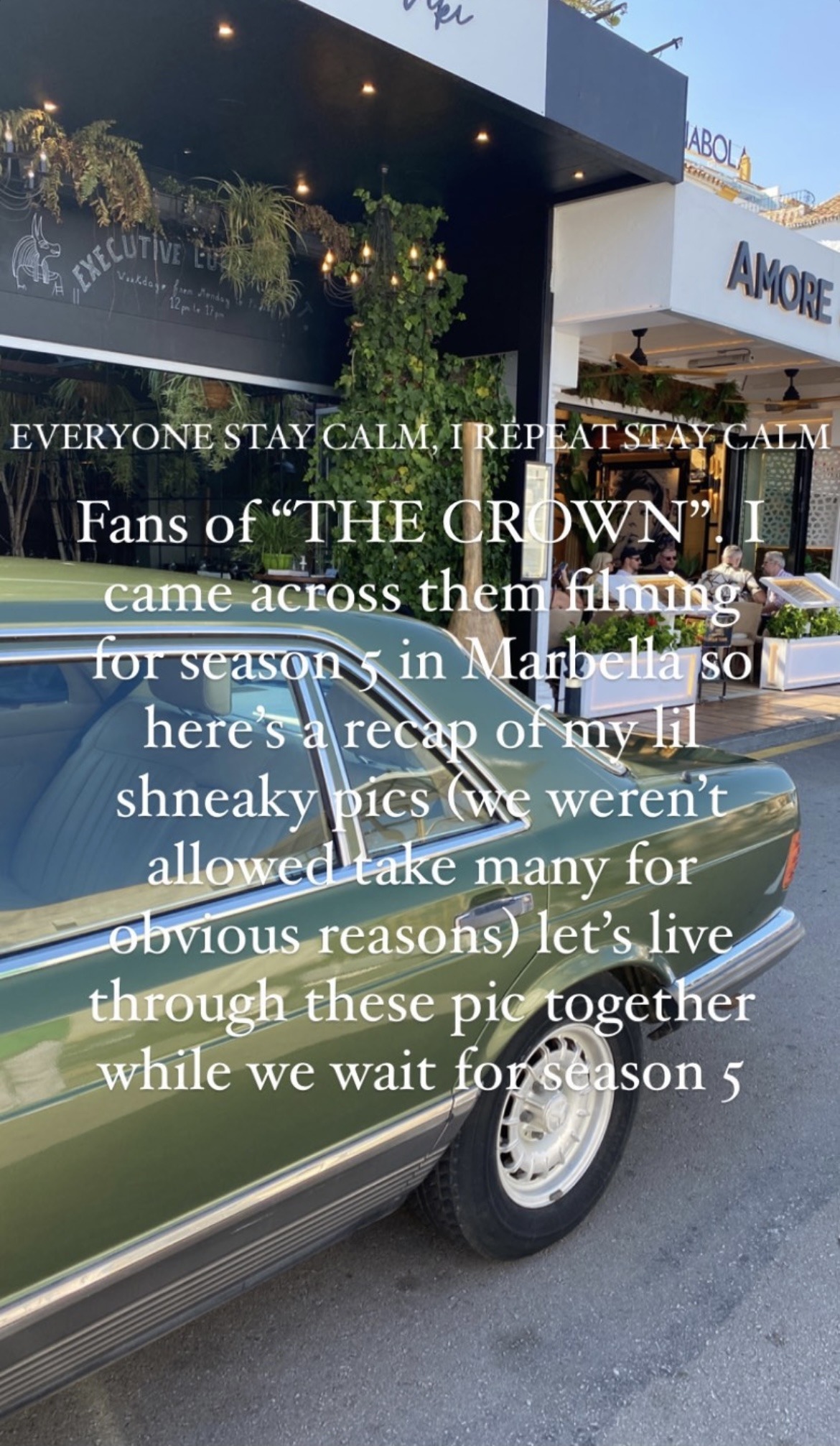 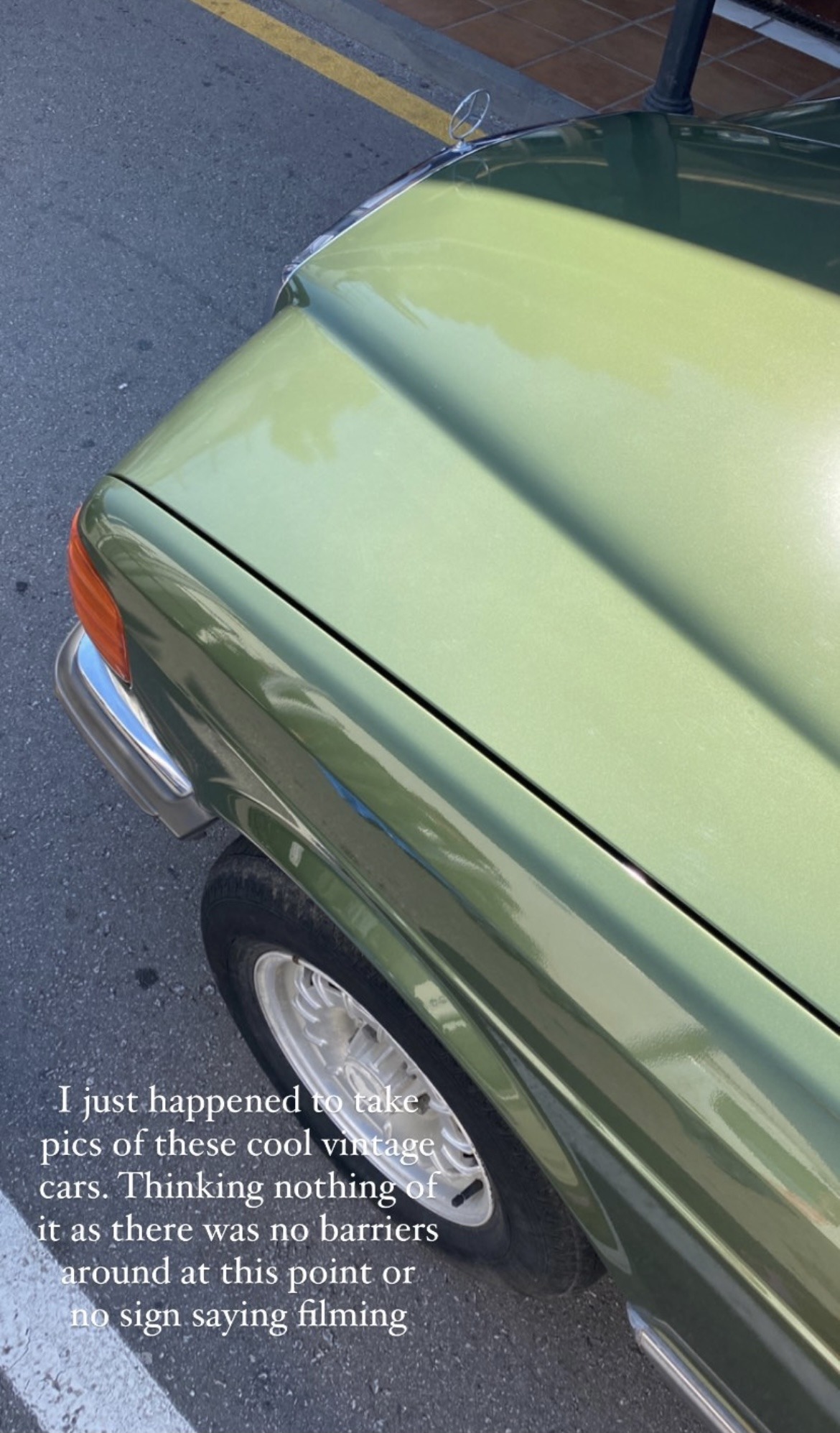 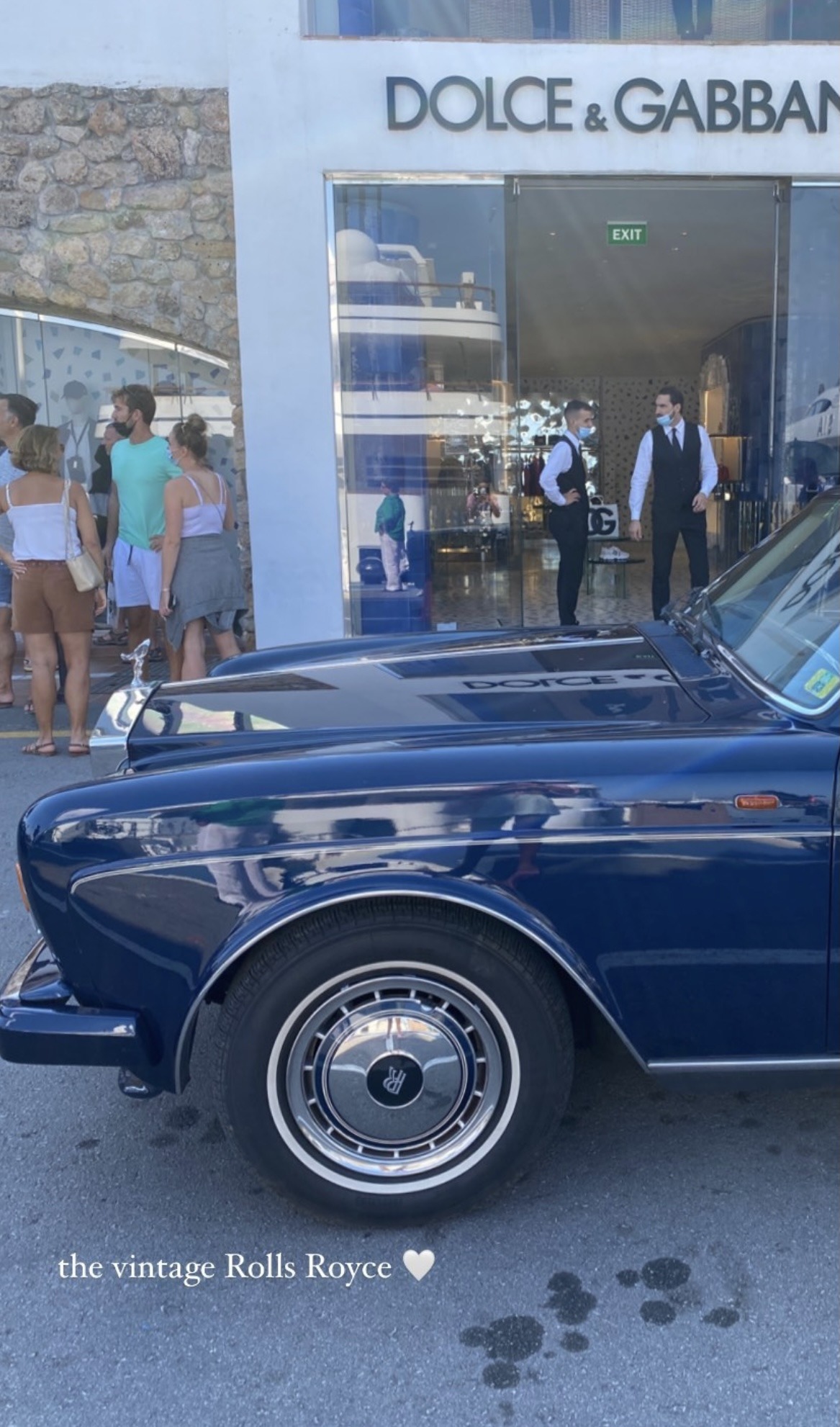 She explained: “I just happened to take pics of these cool vintage cars. Thinking nothing of it as there were no barriers around at this point or no sign saying filming.”

Aisling also revealed she saw security standing outside a Dolce & Gabbana store but didn’t realise they were there for the show.

Detailing the moment she realized she was on set of The Crown, she said: “After much confusion of all of the commotion going on I spotted the clipboard saying The Crown and the excitement.” 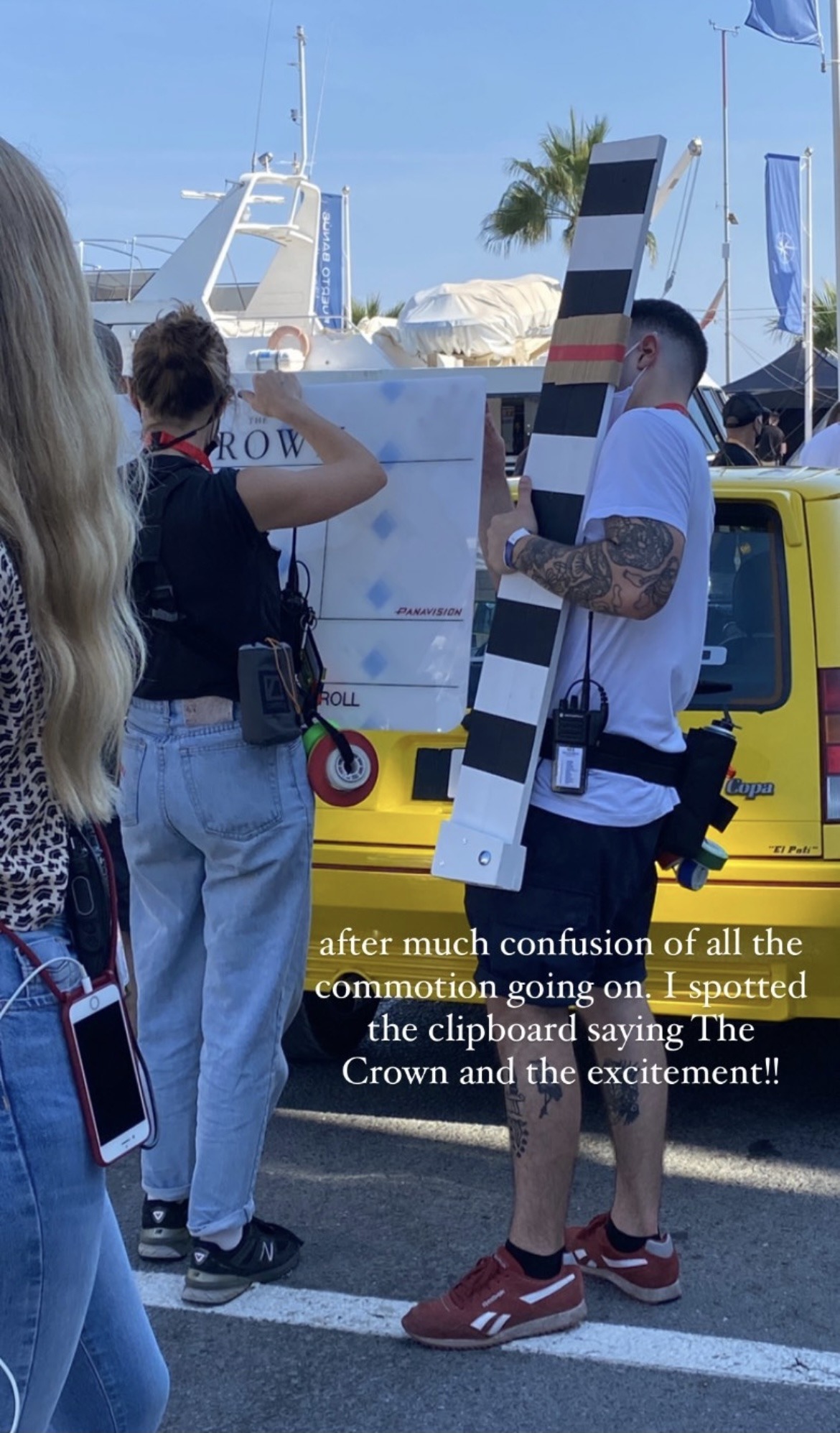 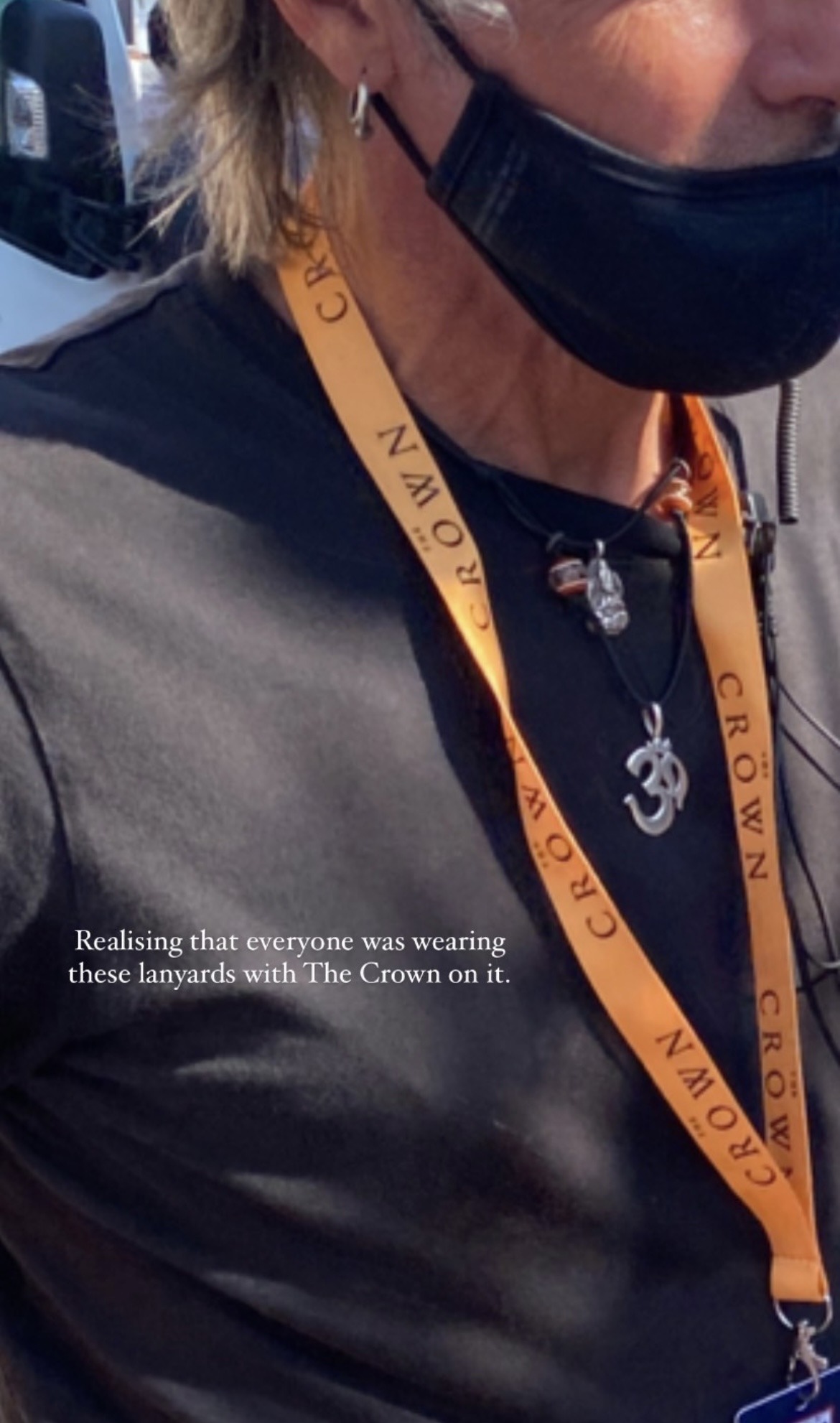 Aisling managed to get snaps of the cars being driven on the set, as well as the actors dressed up in 80’s fashion.

She wrote: “That’s all I got sadly as we were all told to put our phones away but it was so exciting to see and I hope you’re as excited as I am after seeing these behind the scenes.”

Season five of The Crown is coming to Netflix in November 2022. 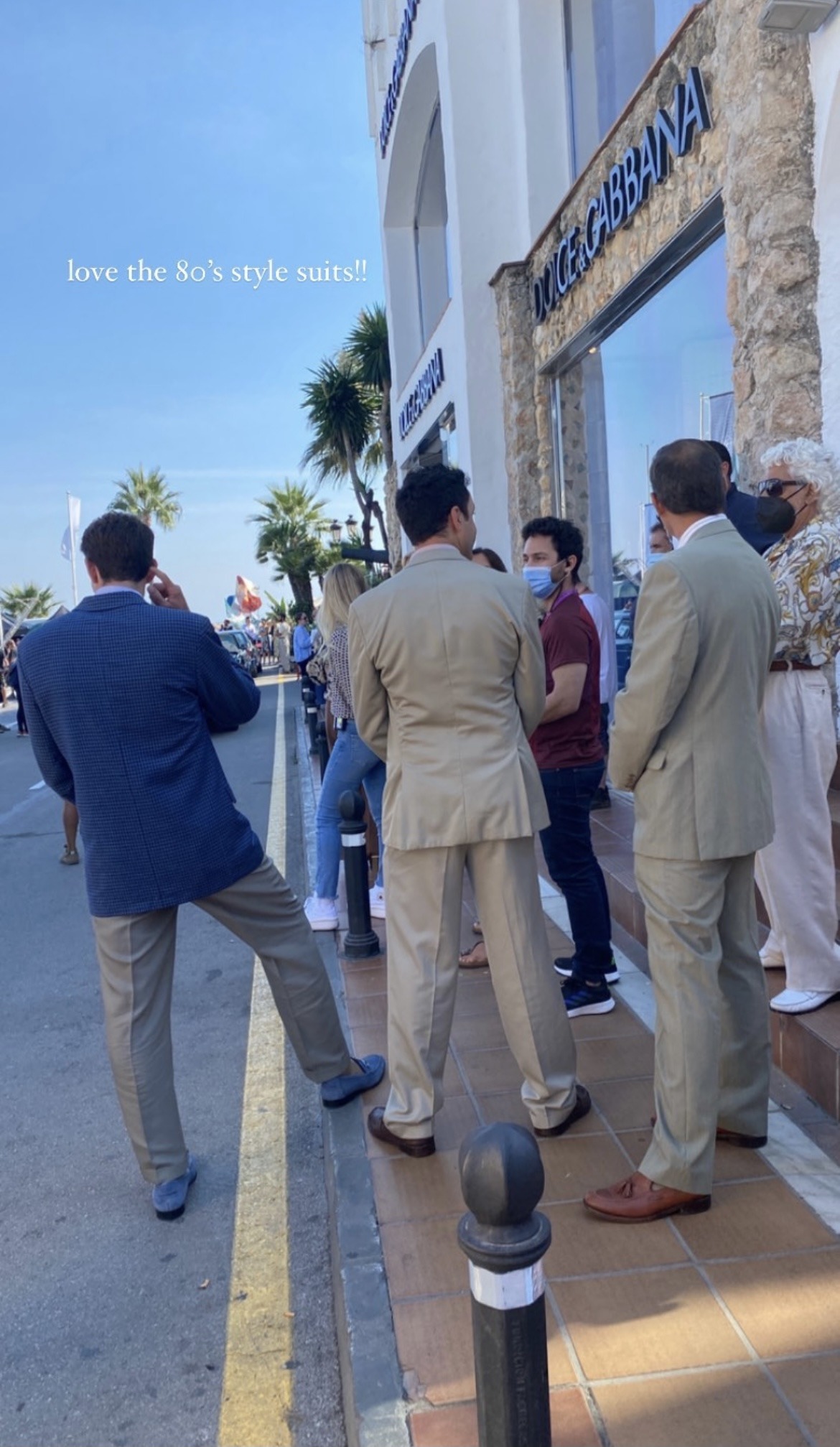 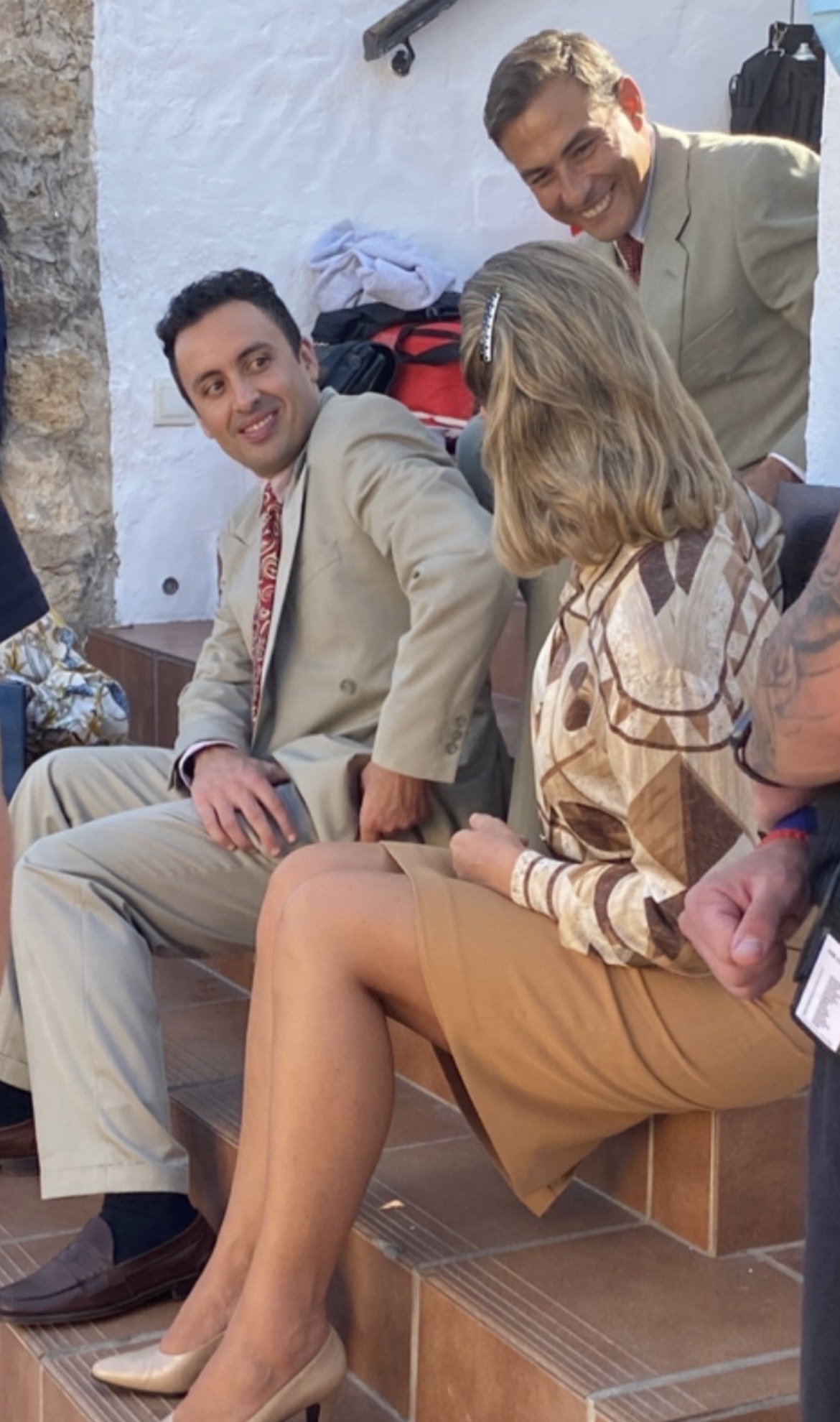