Here’s what’s coming to Disney+ in May 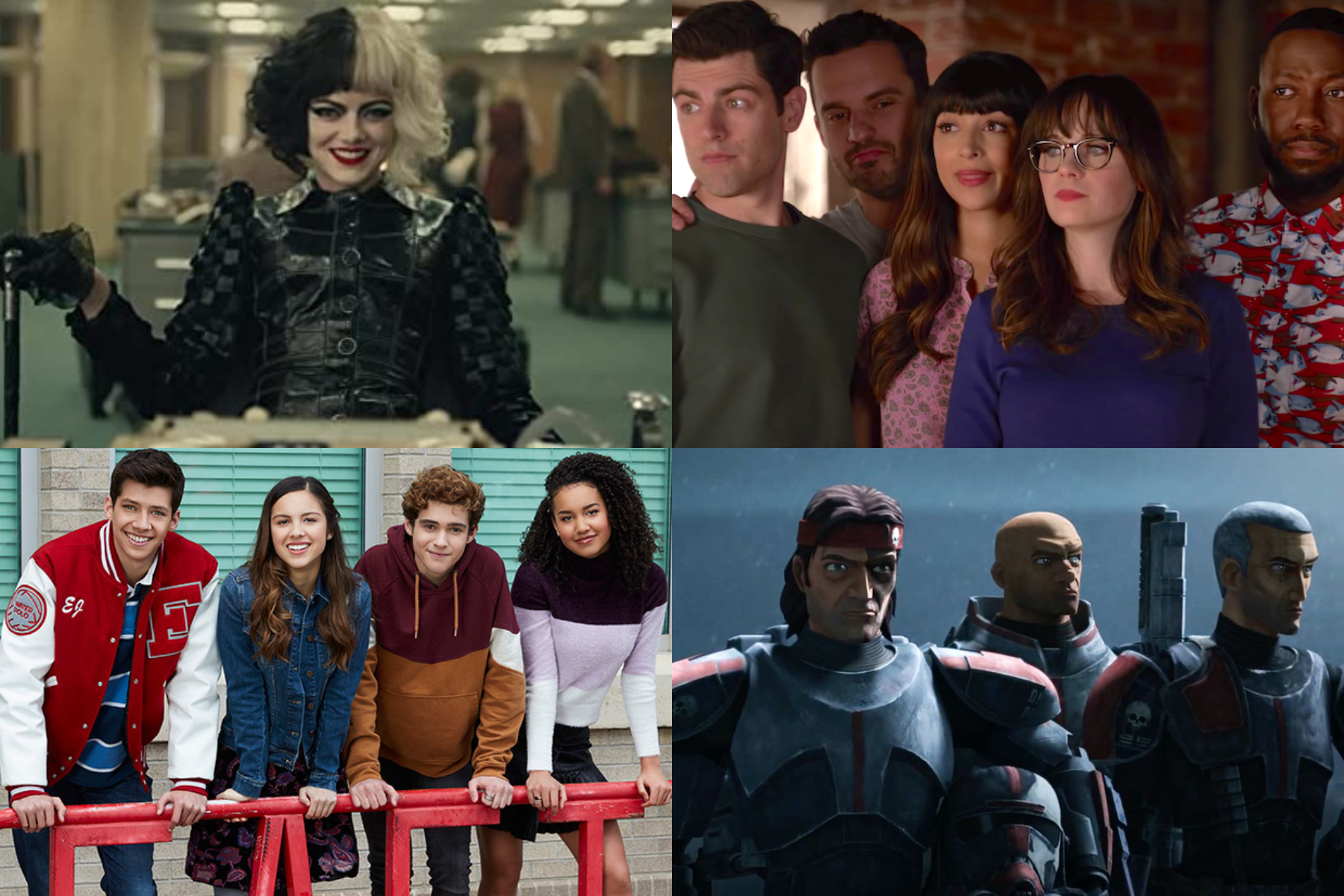 Disney+ have released what will be joining the streaming platform in the upcoming month.

This new original series follows the experimental clones of the Bad Batch, that were first introduced in Star Wars: The Clone Wars.

The show joins Disney+ on May 4, which is Star Wars Day.

Jess, a middle-school teacher, moves into an apartment with three men after she finds her boyfriend with another woman and breaks up with him.

The popular series follows the life of Jess and her friends as they navigate their place in the world, with complications such as love, friendship and life.

New Girl joins Star on Disney+ on May 7.

This popular Disney original series will return for another season next month.

Starring Olivia Rodrigo and Joshua Bassett, season two of High School Musical: The Musical: The Series joins Disney+ on May 14.

Cruella follows the life of one of cinemas most notorious – and notoriously fashionable – villains, the legendary Cruella de Vil.

The film joins the platform on May 28.

Inspired by the life of Erin Brockovich today, Annie “Rebel” Bello is a blue-collar legal advocate without a law degree.

She’s a funny, messy, brilliant and fearless woman who cares desperately about the causes she fights for and the people she loves. When Rebel applies herself to a fight she believes in, she will win at almost any cost.

This brand new ABC series joins Disney+ on May 28.

War of the Worlds

Coming to the platform on May 28th, watch what happens when mankind is all but wiped out by aliens, a group of survivors fight to stay alive, in Season 1 of this sci-fi adventure.