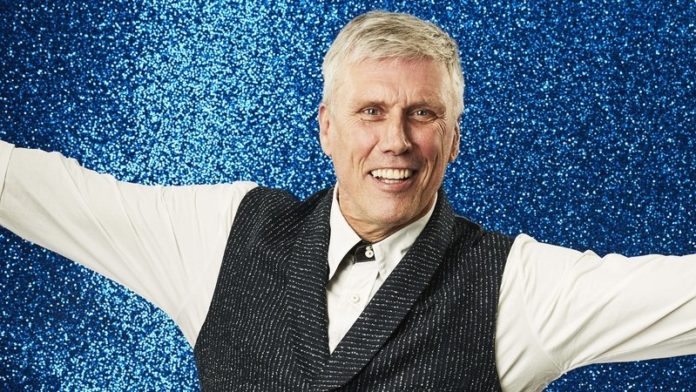 The 57-year-old is one of the ten celebrity contestants taking to the ice this Sunday night for the new season premiere.

Speaking ahead of the show, host Phillip Schofield said he saw a video clip of Bez fall and his helmet “fly off” after he hit the ice.

He told The Sun: “You have a rink that is full of essentially blades and we know how dangerous they can be and how deeply they can cut and how sharp they are.”

“I’ve just watched a video of Bez on his second day fall over backwards so hard that his helmet flew off. Dancing On Ice is really dangerous.”

“We’ve seen in the past that people do get hurt and, of course, you want to avoid that at all cost. I think we will be wrapping Bez up in bubble wrap that’s for sure.”

Bez, who has been a member of Manchester band Happy Mondays since 1980, said of his upcoming stint on the show: “At the moment it’s more like Bambi On Ice, not Dancing On Ice.”

“How I got picked I don’t know because I was absolutely awful at the audition, but they must have seen some potential in me!”

“I’m looking forward to learning a new skill and I can’t wait for the Christmas ice rinks again and I can get on there and really show off.”

The new season of Dancing On Ice begins this Sunday, January 16th at 6:30pm on ITV and Virgin Media One.

Holly Willoughby and Phillip Schofield will return as hosts, while Oti Mabuse will join Ashley Banjo, Jayne Torvill and Christopher Dean on the judging panel.