Game of Thrones fans are calling for the eighth and final season of the show to be remade.

Fans were left furious following the penultimate episode of the show, and ahead of the series finale on Sunday – people have started a petition on change.org.

The petition reads: “David Benioff and D.B. Weiss have proven themselves to be woefully incompetent writers when they have no source material (i.e. the books) to fall back on.”

“The series deserves a final season that makes sense. Subvert my expectations and make it happen, HBO!” 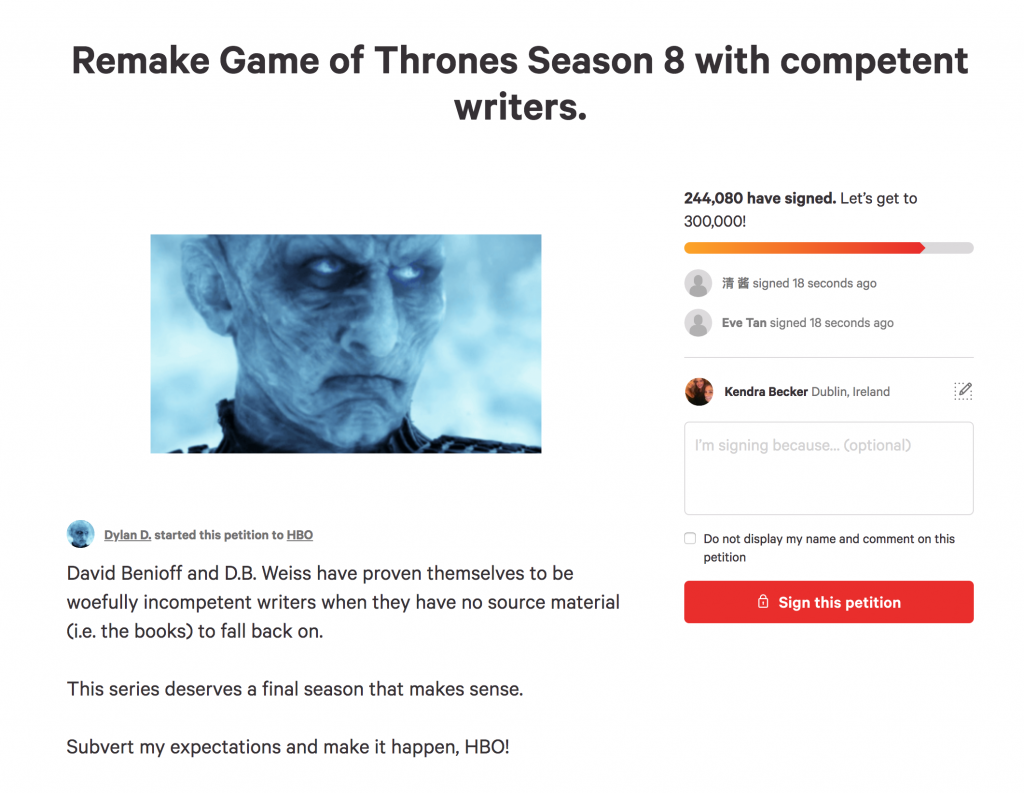