Love Island fans are not happy with the way Georgia was treated on last night’s episode of Love Island: Aftersun.

Recently dumped couple, Georgia and Sam, took part in last night’s programme alongside former contestants, Charlie and Ellie – but the episode took a turn for the worst after Georgia and Jack’s controversial kiss was shown to the ex-Islanders.

In an attempt to defend herself, the 20-year-old said, “To be honest, I don’t really do just a peck, I always do a double whammy so for me it was very, um, yeah it’s not how I remember it at all, at all.”

Charlie and Ellie were shocked after seeing the footage, and show host Caroline Flack asked Georgia if she felt the need to apologise to anyone.

Ellie’s boyfriend Charlie indicated that Georgia should apologise to Ellie due to the explosive argument the pair had regarding the kiss inside the villa.

However, Georgia ignored his request and said, “I feel like it didn’t go the way I remembered because I’m honest, and I would have said it if had I done.”

Why do Ellie and Charlie keep making faces during Georgia and Sam’s interview? Starting to show their true colours #LoveIslandAftersun #LoveIsland

Fans in the crowd then started to boo the former contestant by shouting “loyal” at her.

Then later in the programme, Caroline asked the ex-contestants what couple they felt wouldn’t last after the show – and an audience member shouted, “Sam and Georgia”.

After the show ended, viewers at home took to Twitter to slam how Georgia was treated on the programme.

The audience were so disrespectful to Georgia on #LoveIslandAftersun because they can’t get over one tiny thing she did wrong in the 5/6 weeks she was in the villa. I wonder if Josh or Megan will get the same treatment ????????

It’s actually so uncomfortable watching the entire studio ganging up on Georgia… shame on Caroline for encouraging it! #LoveIsland #Aftersun 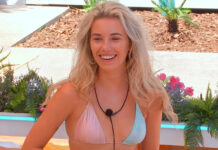 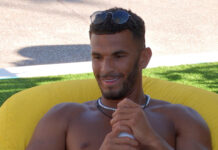 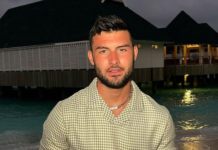