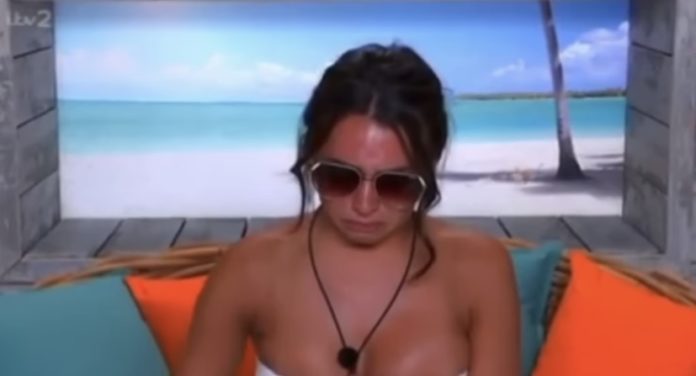 Fans are convinced they know why Paige is upset in the teaser for tonight’s Love Island.

The paramedic, 24, has been coupled up with rugby player Jacques in recent weeks, and their relationship is now being put to the ultimate test in Casa Amor.

The girls have been getting to know six new boys in the new villa, while the boys have been joined by six stunning new girls back in the main villa.

Paige has been getting to know Billy, who is a roofing company director from Surrey, while Jacques has been flirting with a number of the new girls.

Earlier this week, Billy made breakfast for Paige in a bid to impress her, and viewers think he may turn her head.

But in the teaser for tonight’s episode, Billy is seen making his move on Tasha – who is currently coupled up with Andrew.

The sneak peek then shows Paige break down in tears, as she says: “I don’t want to be that person that’s like…”

Some fans think the reason Paige is emotional is because of Tasha and Billy’s kiss, while others think the Casa Amor postcard is coming.

Last year, the postcard sent to the girls showed their partners in the other villa cracking on with the new girls, and it caused SERIOUS drama.

One fan tweeted: “Paige crying because this billy guy she knew for 24 seconds chose tasha instead of her”, while a second wrote: “PAIGE IS 100% CRYING CUS OF TASHA AND BILLY.”

Another wrote: “I think Paige was crying because she got a postcard. WE CAN ONLY HOPE GUYS,” and a fourth penned: “Paige has gotta be crying over a postcard.”

#loveisland
Paige crying because this billy guy she knew for 24 seconds chose tasha instead of her pic.twitter.com/43qGEk3z6a

PAIGE IS 100% CRYING CUS OF TASHA AND BILLY #LoveIsland pic.twitter.com/2ZmVrwFVrd

I think Paige was crying because she got a postcard. WE CAN ONLY HOPE GUYS #loveisland pic.twitter.com/xPQRjWaoVy

Paige has gotta be crying over a postcard #LoveIsland pic.twitter.com/uSIxsobk0q