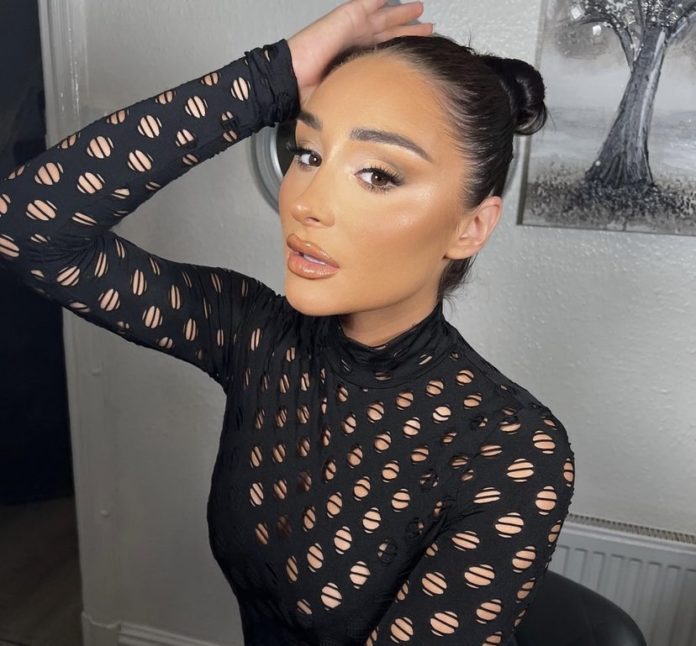 Coco Lodge has admitted the trolling she’s received since being dumped from Love Island “has been one of the hardest things to deal with”.

The 27-year-old joined the show in Casa Amor, where she struck up a romance with Andrew Le Page.

But shortly after recoupling with Coco, Andrew dumped her and rekindled his romance with Tasha Ghouri.

Coco joined us virtually at the #GossCountdown Show on Monday to discuss her time in the villa, and opened up about the cruel trolling she’s received since being dumped.

She told us: “The last thing I ever expected was the amount of comments about my appearance. I’ve never really looked at myself in the mirror and thought these things that people were saying about me. So obviously that was really hard.”

“I’m not going to lie, that really hurt and has been one of the hardest things to deal with. But I’m kind of numb to those comments about my appearance now because I do get a lot of them.”

The reality star told us she is now being trolled for the recent comments she made about Paige Thorne being “unkind” to her in the villa.

She said: “You can’t win with these people unfortunately. The OGs have such a fanbase so you can’t be honest [about them] without being trolled. And I’m still getting comments under TikToks like, ‘Oh why are you still posting about Love Island? You’re so irrelevant. You came out of Love Island ages ago.’ And I’m like, it was two weeks.”

“The trolls are next level this year, and it’s so mad because I look at their accounts and they’re like 14-year-olds at school. Like, who raised you?”