Love Island is set to return to our screens in January for the shows first ever winter edition.

The shows presenter Caroline Flack recently stepped down from her role after she was charged with assault by beating, a scandal that rocked fans of the show.

Despite the many controversies, the show is praised for it’s portrayal of issues that mar relationships off screen and in the real world.

It’s not the first time the show has been hit with controversy, so to keep your thirst for the new series at bay, Goss.ie have gathered a list of the shows biggest scandals so far.

When 20-year-old Sherif Larne was suddenly removed from the Love Island villa, fans began speculating as to why.

His exit was only briefly mentioned on the show, with voiceover Iain Stirling saying: “Earlier, following discussions with the producers, Sherif left the villa. But for the other islanders it’s another day in paradise.”

The show then confirmed he was removed for “breaking villa rules.”

While some fans speculated that he was spending too long in the shower and disrupting filming, while others thought he may have smuggled in a phone.

Eventually, Sherif put rumours to bed by confirming that he was removed for kicking fellow contestant Molly Mae Hague in the groin during a play-fight.

Following the tragic deaths of two of the shows former contestants, ITV were slammed by fans for their lack of aftercare.

Sophie Gradon (season 2) and Mike Thalassitis (season 3) both died by suicide within a year of one another.

Fans called into question the shows support procedures for the TV personalities once they left the villa and became instantly famous.

In 2019  ITV released updated guidelines outlining their duty of care, including 8 mandatory therapy sessions and “proactive contact” for 14 months after their stint on the show. 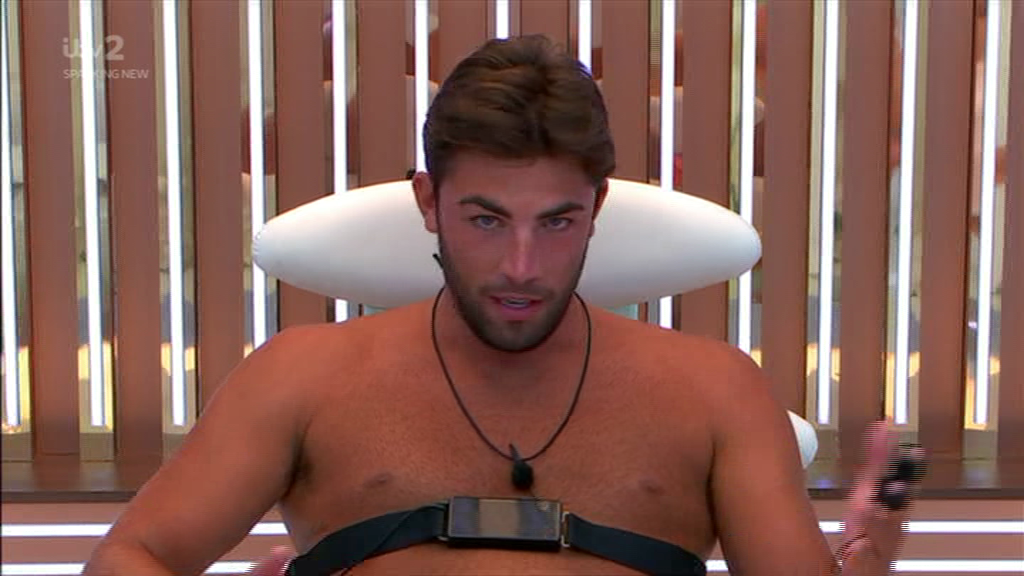 In 2018, contestants took part in a lie-detector test which saw one half of the couple grilled with questions written by the other half.

2017 contestant Kady McDermott slammed the test when a fan told her that the 2018 edition of the challenge would air that evening.

“Oh the day where the producers chose who fail and pass, I loved that day last year, not!” she said.

Another contestant, Cara de la Hoyde-Massey then weighed in and branded the test as “fabricated” saying its only purpose was to provide entertainment.

The twist did not return on the following series of the show.

When Emma and Terry spent their first night together in the villa, fans were left shocked.

The couple appeared to engage in sexual activity in the villa’s bedroom while surrounded by fellow Islanders looking on.

Television watchdog Ofcom recieved 7 complaints about the scene, but cleared the show of any wrongdoing for airing the clip.

After Zara Holland spent a steamy night in the hideaway with Alex Bowen, she soon found out that she had been stripped of her Ms Great Britain title.

The move caused huge controversy, with the competition being branded as sexist.

Zara herself stood by her decision to engage in sexual activity on TV telling The Sun: “There are lots of girls my age who go out every week and do that — mine was just on national TV. I didn’t feel pressured in any way, I am standing up to it.”

Malia Arkian removed from villa after only 1 hour

Malia Arkian arrived into the villa to a frosty reception from Kady McDermott.

It all kicked off when Kady appeared to be jealous that the bombshell took the guy she fancied, Scott Thomas, on a date.

Kady had a small shouting match with Scott before sitting down at the firepit beside Mali. It’s then when Kady said she accidentally spilt a glass of wine down Malia’s leg.

The newcomer was quick to accuse her of doing it purposefully, prompting another altercation, whereby Malia then shoved Kady, causing security to swarm the garden and remove the newbie less than an hour after she first entered the Love Island villa.

In the scene aired on the show, Maura attempts Tommy into a kiss despite his refusal, sparking outrage.

They investigated the complaints and concluded: “While we recognise that many viewers disapproved of a contestant’s behaviour in this episode, we took into account the context in which it occurred, including the nature of Maura and Tommy’s relationship, before and after.”

Series 4 contestant Adam was accused of gaslighting by Women’s Aid after he blamed Rosie for pushing him away, citing her jealousy as a reason.

Adam smugly dismissed Rosie’s concerns as she told him how much he had upset her.

The charity made a statement noting that Adam exhibited “clear warning signs” of gaslighting and emotional abuse, while calling on viewers to stand against domestic violence.

“In a relationship, a partner questioning your memory of events, trivialising your thoughts or feelings, and turning things around to blame you can be part of a pattern of gaslighting and emotional abuse.”

“Rosie called out Adam’s unacceptable behaviour on the show. We ask viewers to join her in recognising unhealthy behaviour in relationships and speaking out against all forms of domestic abuse – emotional as well as physical.”

Just under two weeks ago, Love Island presenter Caroline Flack was forced to step down from her role on the show after she was arrested and charged with assault by beating.

It came after she was involved in an altercation with her 27-year-old boyfriend Lewis Burton in the early hours on December 12th.

Caroline voluntarily left her position citing that she did not want to distract from the upcoming series.

ITV then replaced the 40-year-old with Irish presenter Laura Whitmore, while also leaving the door open for the Flack to come back to the show in the future.

Caroline is set to return to court on March 4th 2020 when a trial will commence.