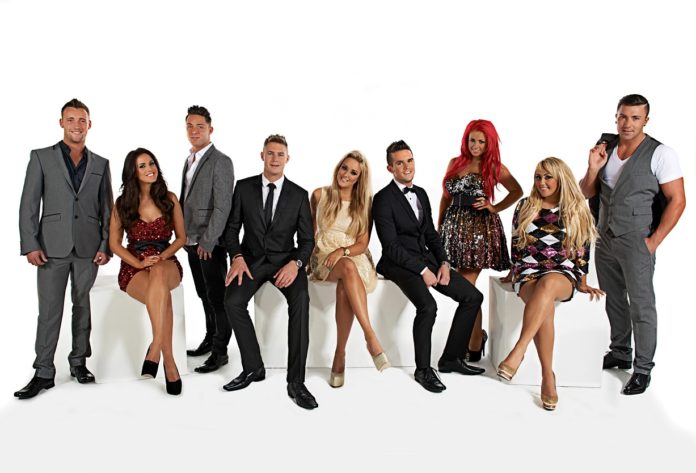 Gary Beadle has done his final interview for Geordie Shore, after he announced he is leaving the show.

The reality TV star passes on some advice for the remaining Geordie Shore stars, and reflected on his years on the reality show in his final interview.

The 29-year-old left the show as he’s expecting his first child with girlfriend Emma McVey.

The video started with Gary saying, “After 15 seasons of Geordie Shore, obviously I have decided to leave. I can not be on Geordie Shore and be a dad at the same time.”

“I’ve done Geordie Shore, I’ve done everything I can possibly imagine on Geordie Shore, and now I’m just ready for that next chapter in my life, and to be honest with you I can not wait.”

“It sounds cliché but I honestly do believe that I walked into Geordie Shore a boy, and I walked out a man and I’ve learned so much about life in there.”

He spoke about his regrets within the house, and said Cancun was his lowest moment in the Geordie Shore house.

“Obviously everyone has some kind of regrets,” he said. “There are things on there that I probably shouldn’t have done. But I learn from everything I do, so no, I don’t regret anything.”

He ended the interview by giving some advice to the Geordie Shore stars.

“Keep doing what you’re doing, do what we’ve always done, smash them nights out, keep doing what we do best and that is partying.

“Do not worry if you’re new, everyone in there is sound. You might have some arguments but get through the arguments because there’ll be a lot more good times ahead. You dare let down the legacy that we started. I’m handing over the baton to you.”

Check out all the latest on the The Daily Goss!