5 dating shows to watch to fill the Love Island void 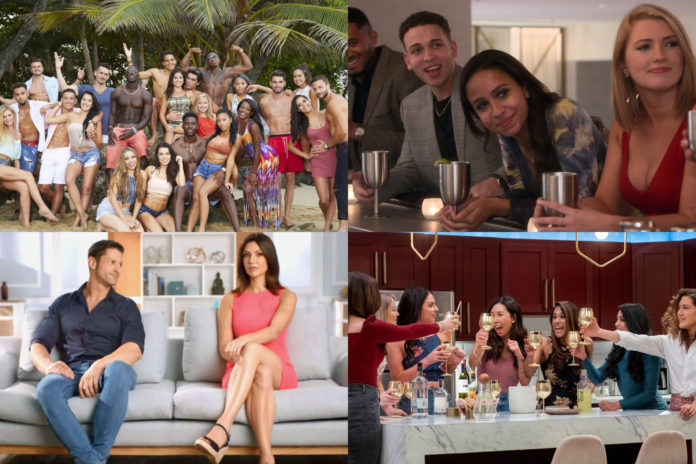 Love Island 2022 has officially come to an end after weeks of romance, heartbreak, and serious drama.

Looking for something to watch to fill the void? We’ve rounded up five dating show to watch while we eagerly await the upcoming winter series of Love Island.

The Ultimatum: Marry or Move On

The Ultimatum: Marry or Move On follows six different couples over the course of eight weeks, the couples however are on the verge of marriage, while one partner is ready for marriage, the other is not and has been given an ultimatum: commit fully or move on.

For three weeks, the individuals enter trial marriages with others in the same situation, living together and seeing what life would be like if they weren’t with their partner.

They then move back in with their original partner for another three weeks and ultimately must decide whether to stay in their relationship and get engaged, leave with a new partner or leave single.

The 8-part series is available to watch on Netflix now.

Back with the Ex

Back with the Ex is an Australian reality series about former couples who want to give their relationship a second chance.

Some have been apart for a few years, while others have spent decades apart.

After reuniting, they must decide if they can, or should, give their relationship another shot.

Season one is now on Netflix.

All three seasons of Too Hot To Handle are now on Netflix.

The show sees ten singletons move into a luxury beachside villa in the hopes of finding love – but there’s a twist.

The contestants are banned from getting physical with each other, so that they can form deeper, more emotional connections.

Their every move is watched on by a robot named Lana and every time a couple breaks the rules, the villa will lose some of the $100,000 prize money up for grabs.

Love Is Blind follows a group of men and women hoping to find love in a matter of days, without ever seeing their partner.

For ten days in a speed dating format, the men and women date each other in different “pods” where they can talk to each other, but never see each other.

The men and women can then propose to their chosen partner, and only after the proposal will they see each other for the first time. The newly engaged couples are then whisked off to a couples retreat in Playa del Carmen, Mexico.

Unbeknownst to the couples, the entire group head to the same retreat, where they meet all of the other potential partners they could have had (which causes some serious awkward tension…)

Following the couples retreat, the engaged couples moved to the same apartment complex in Atlanta to explore living together for the first time.

Seasons one and two of Love Is Blind are on Netflix now.

Are You The One?

Are You The One? is a popular US dating series that first aired on MTV.

The contestants have ten weeks and ten chances to find their perfect match with the help of the ‘Truth Booth’, which determines which couples are compatible and which are not a match.

The singletons have a chance to find love and money if they play their cards right, but each time they fail to identify perfect matches at the weekly Match Up Ceremony – they risk losing some of their $100k jackpot.

Seasons 4 and 6 are on Netflix now.