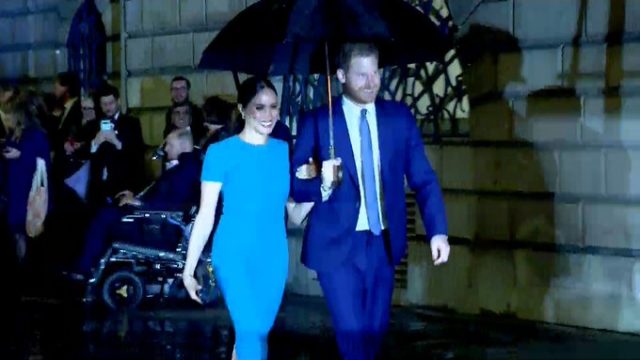 Meghan Markle wore a €1,000 bright blue dress to mark her return to London.

The former actress joined her husband Prince Harry at the Endeavor Awards, marking her first Royal appearance since January.

Meghan, 38, looked happier than ever in this fitted blue dress from pal Victoria Beckham.

The dress retails at €1,120, and we are sure it will completely sell out.

Archie’s mum has worn the British designer before, but there were reports that the Duchess of Sussex had fallen out with Victoria and wasn’t going to wear her designs any more.

Multiple sources had claimed the duo were “fueding” but those rumours have clearly been laid to rest thanks to Meghan’s appearance this week.

Meghan and Harry are set to fulfil their final duties as Royals next week, where they will be joined by Queen Elizabeth, Prince William and Kate Middleton at the Commonwealth Day service.

5 Dresses You Need This Summer From Boohoo.com