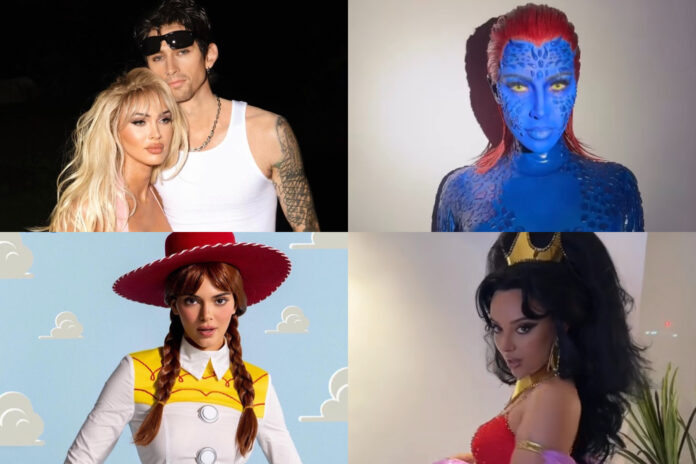 A host of celebrities have already slayed the Halloween game this year.

From Love Island alumni to the children of reality TV royalty – everyone who is anyone has been showcasing their incredible festive looks on social media this bank holiday weekend.

We’ve rounded up some of our favourite costumes so far.

Megan Fox and her fiancé Machine Gun Kelly dressed up as Pamela Anderson and Tommy Lee for Halloween this year.

This seems to be one of the most popular costumes of Halloween 2022, following the release of Pam & Tommy on Disney+ earlier this year. 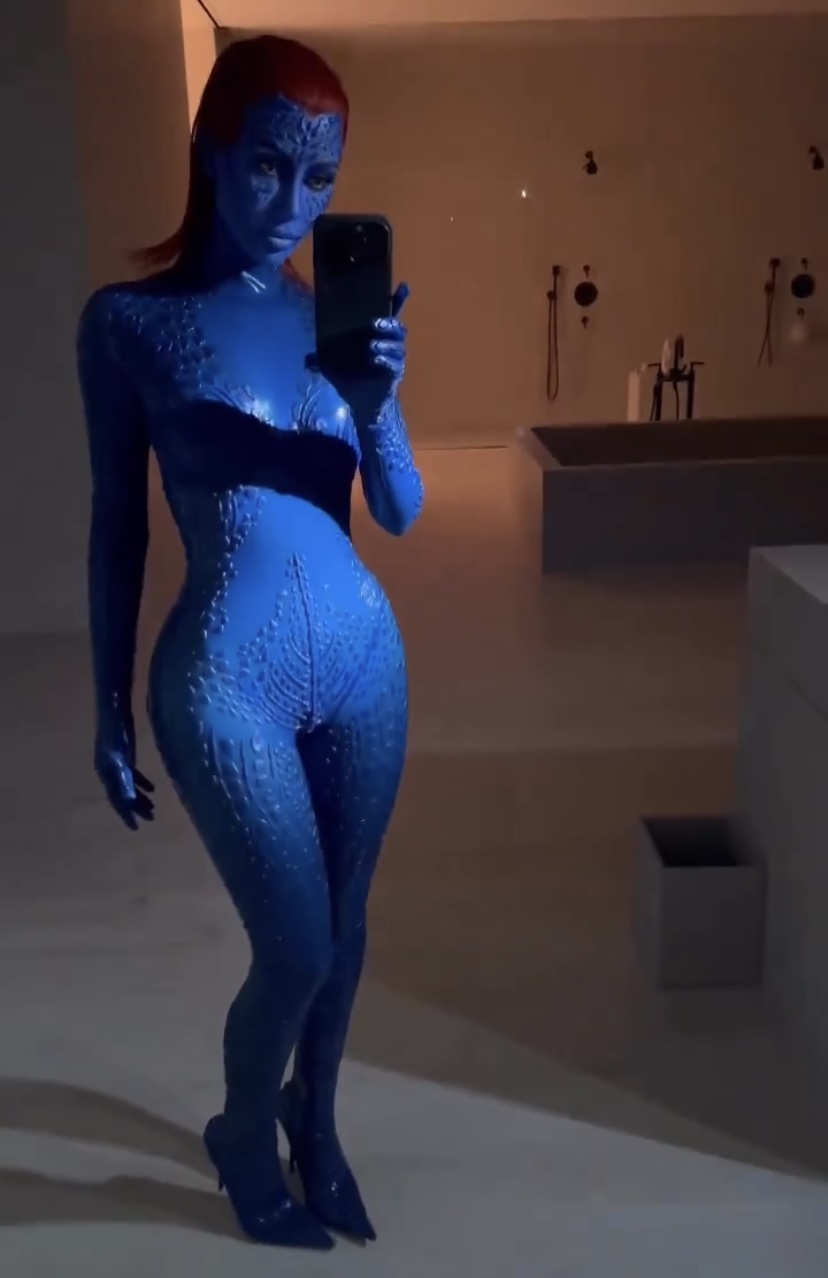 Kim Kardashian pulled out all the stops for her first Halloween look of the weekend.

The reality star transformed into a Mystique, which is a fictional character from Marvel Comics.

She donned a skin-tight blue catsuit and painted her skin blue, wore yellow contacts in her eyes, and tied her previously blonde hair bright red to complete the look. 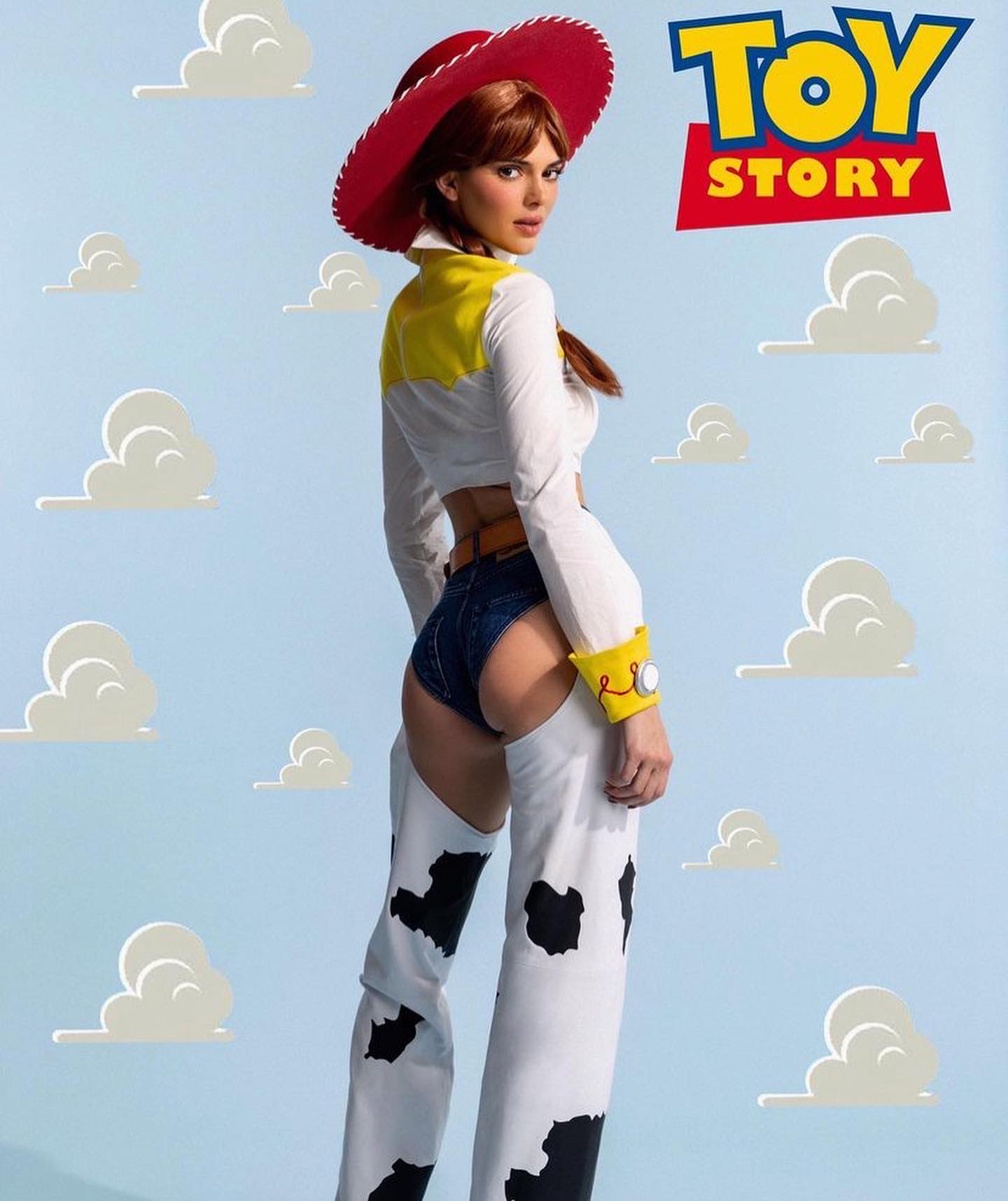 Kendall Jenner dressed up as Jessie from Toy Story for a Halloween party on Saturday night.

The model wore a red wig, a cowboy hat, a white and yellow shirt, and a pair of black and white trousers with cut-out detail showing off her denim pants. 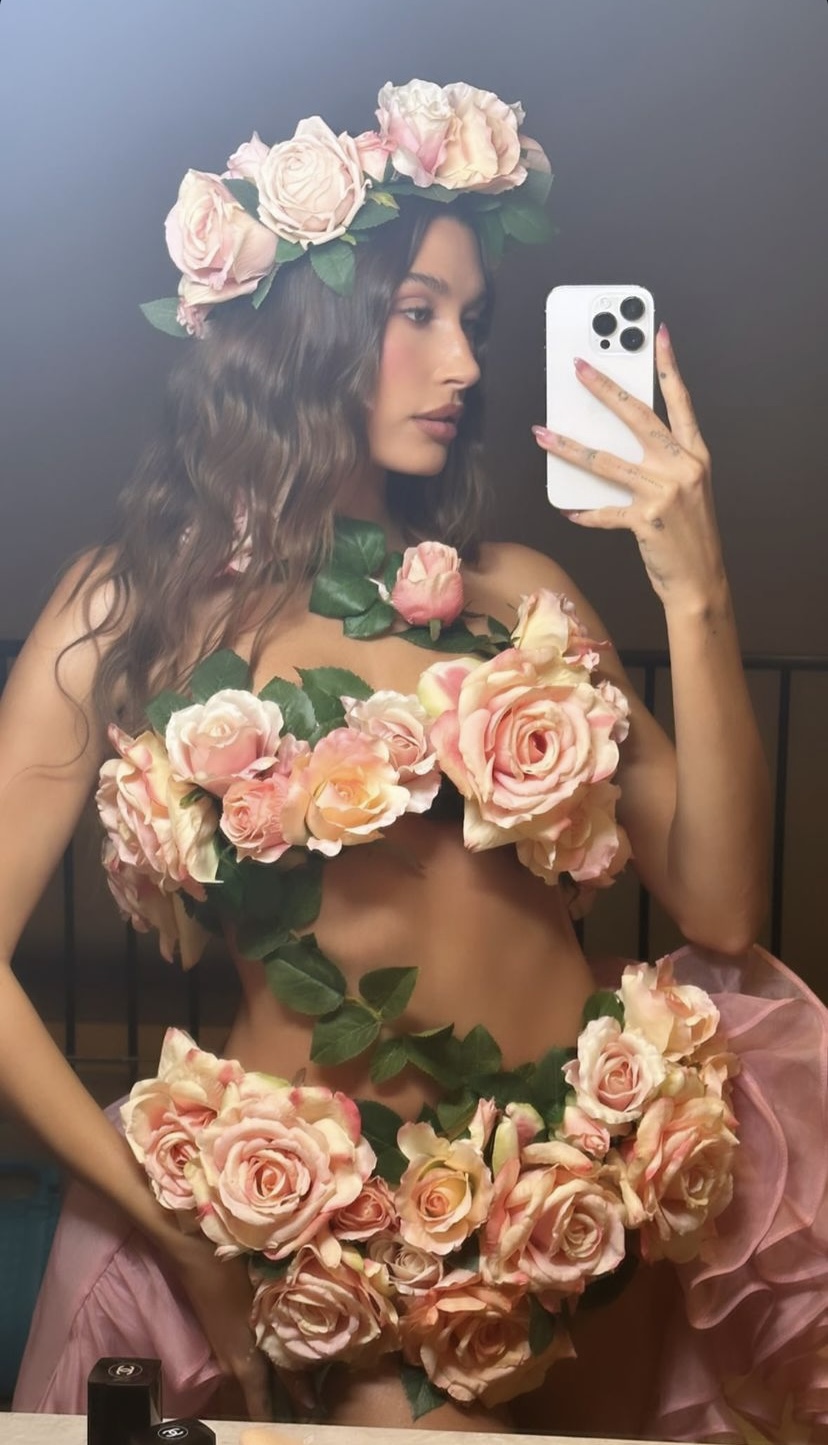 How incredible did Hailey Bieber look for a Halloween party on Saturday night?

The model took inspiration from Laetitia Casta’s YSL spring/summer floral look in 1999 for her costume.

Khalid truly got into the spirit of Halloween in his Toy Story inspired look.

The 8TEEN singer channeled Woody with a yellow and red check shirt, cow-print waistcoat, blue trousers and a cowboy hat. 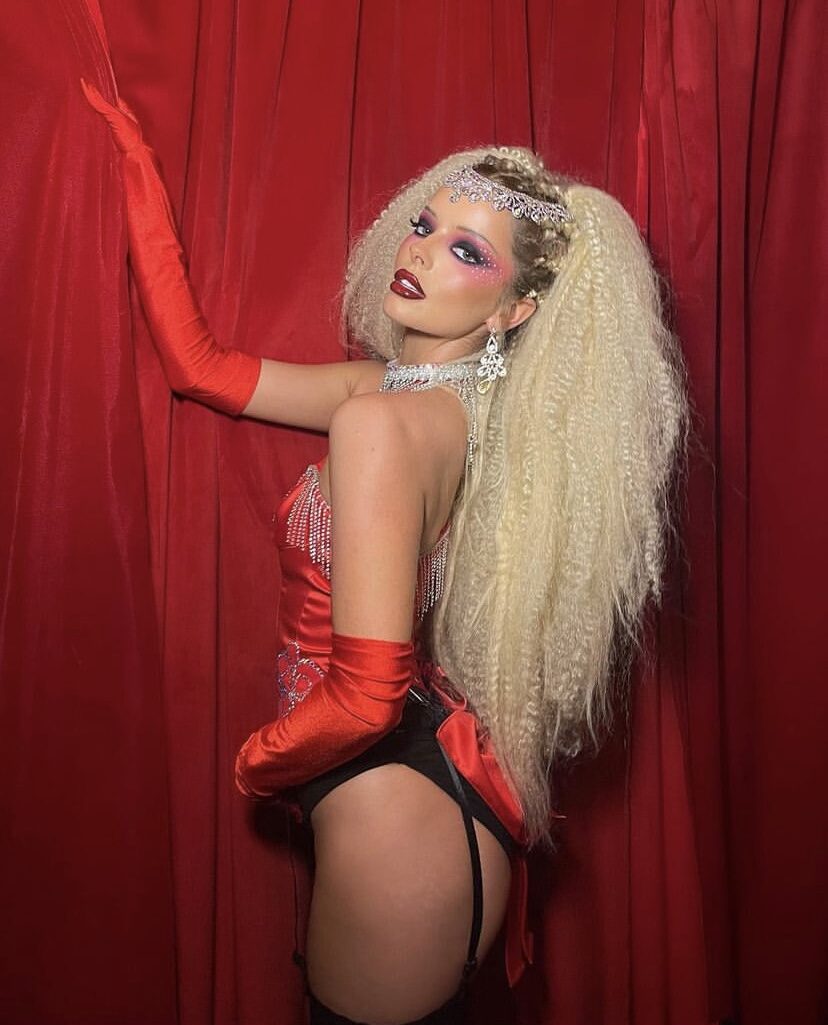 The Love Island 2019 donned a crimped blonde wig, red lingerie and gloves, and paired it with the singer’s famous makeup look.

Jade Thirlwall truly is the Queen of Halloween.

The Little Mix singer transformed herself into Princess Jasmine, channelling her two iconic looks in the 1992 animated film Aladdin.

The Victorious co-stars and best friends shared their elaborate Best in Show-inspired costumes, complete with hilarious re-enactments of some of Jane Lynch and Jennifer Coolidge’s funniest scenes.

The Don’t Call Me Up singer wore a stunning black dress and a dalmatian print coat, complete with the iconic black-and-white wig.

Ashley Roberts and Amanda Holden got into the Halloween spirit on Friday at the Heart Breakfast studio.

The co-presenters channelled Sarah and Mary Sanderson from the fan-favourite Hocus Pocus.

The Dance Moms star channelled Draco Malfoy from the Harry Potter franchise and completed the costume by lip-syncing to one of the character’s most memorable lines. 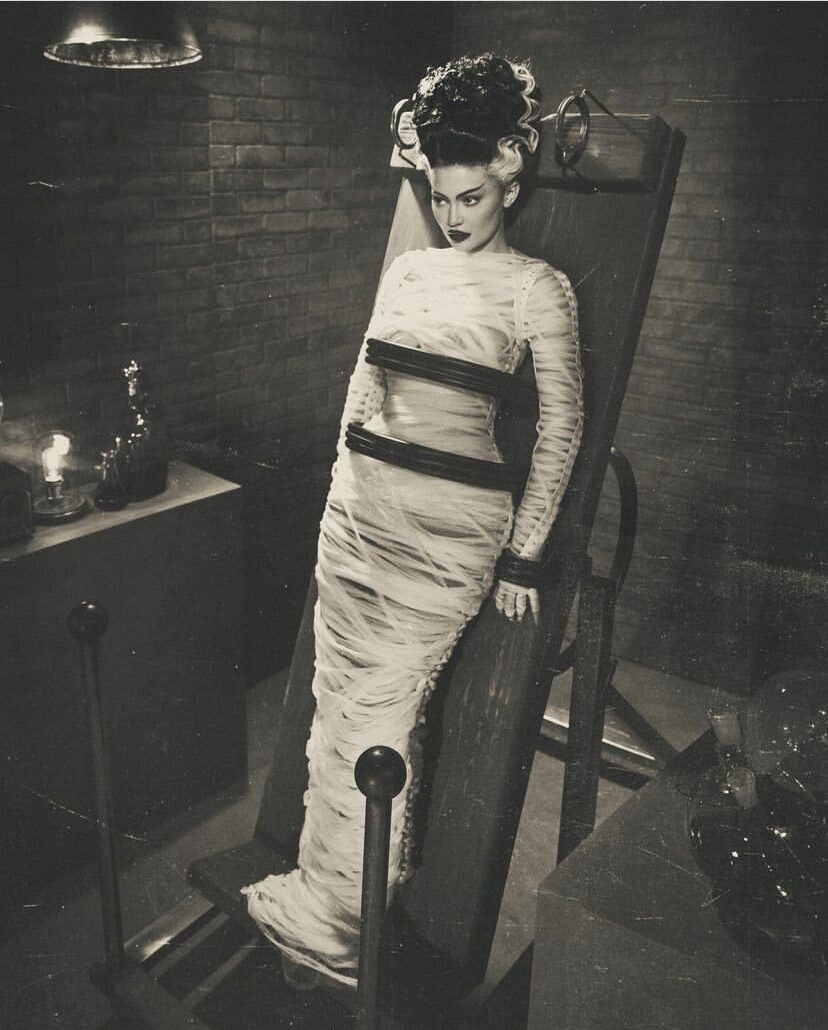 Kylie Jenner didn’t mess around with her Halloween costume this year.

The 25-year-old took to Instagram on Friday to show off her iconic transformation into the Bride of Frankenstein, which looked extra spooky in black-and-white. 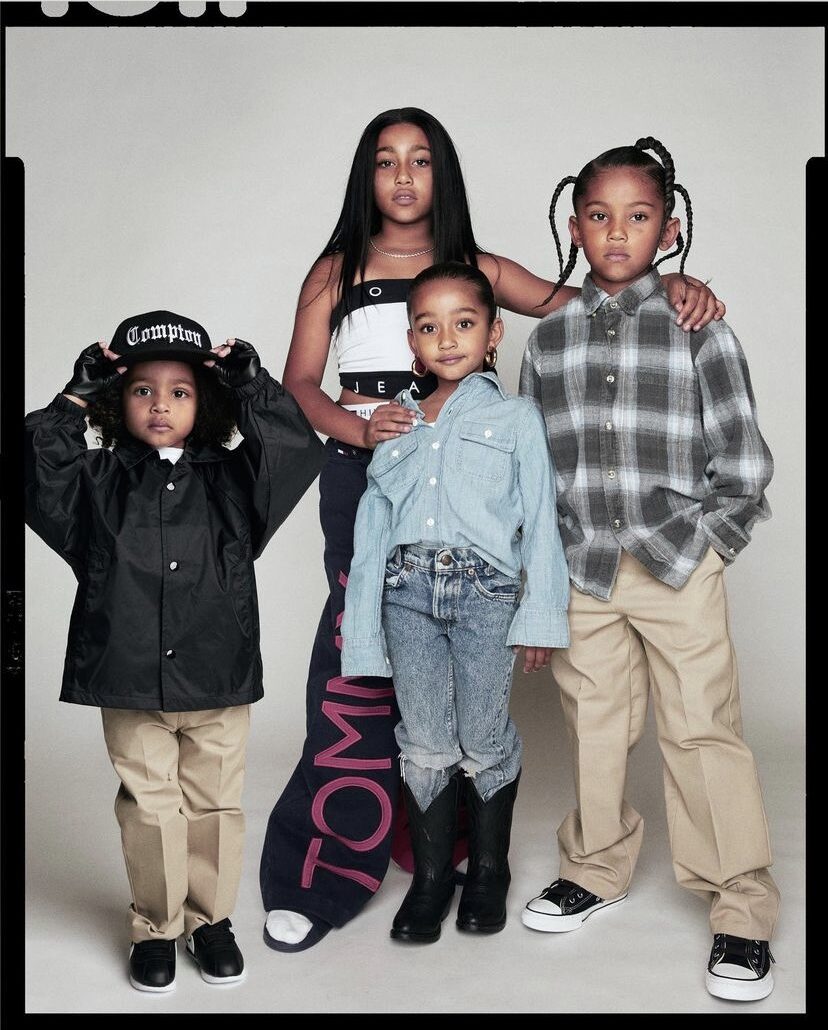 North, 9, dressed up as Aaliyah, Saint, 6, transformed into Snoop Dogg, Chicago, 4, channelled Sade, and Psalm, 3 dressed up as Eazy-E.

The actress channelled the Black Swan in an extremely low-cut dress, covered in black feathers.

These sparkly trousers from Penneys are flying off the shelves

These are the sparkly boots influencers are LOVING for party season