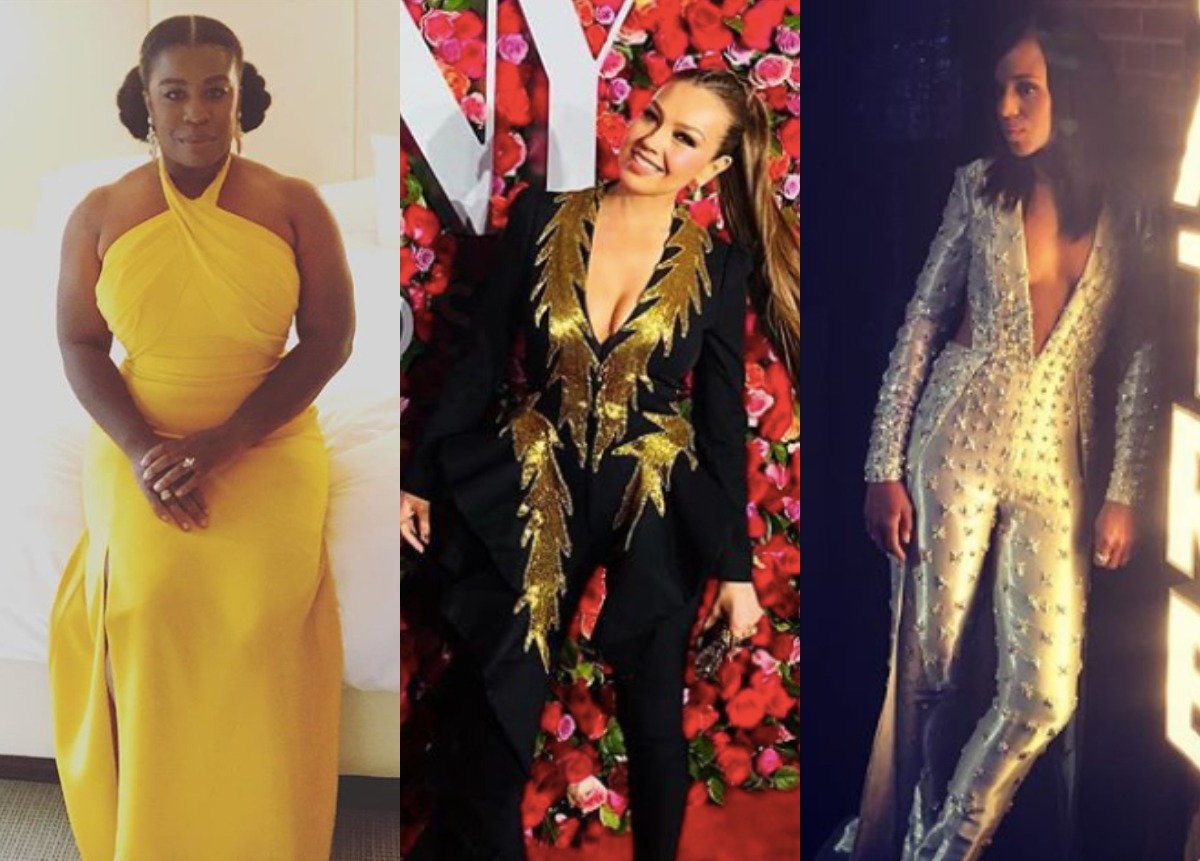 The Tony Awards took place last night, and the nominees brought their A-game on the red carpet.

The awards ceremony was held at Radio City Music Hall, and was presented by Josh Groban and Sara Bareilles.

Here are our best dressed from the night:

Tina’s musical ‘Mean Girls’, which was adapted from the 2004 film, was nominated for a total of 12 Tony awards.

However, she was snubbed at the ceremony by not winning any.

Kerry Washington was presenting at the Award Ceremony, and looked effortlessly beautiful in a plunging silver jumpsuit by Atelier Versace.

The Irish actress was nominated for her play ‘Angels in America’.

The actress wowed in a strapless black gown at the ceremony, which was designed by Zac Posen.

Katharine is currently performing in the Broadway musical ‘Waitress’.

Last night, Rachel Brosnahan attended the Tony Awards 2016 held at the Radio City Music Hall in New York City, dressed in a gorgeous floral Dolce & Gabbana gown and looking immaculate as ever, and this comes just days after her aunt, the designer Kate Spade was found dead after apparent suicide in her Manhattan apartment in New York City. The 27-year-old Marvelous Miss Maisel actress is the daughter of Spade’s brother, and last night the Golden Globe award winner introduced the performance of The Band’s Visit. The late Kate Spade has always been proud of Brosnahan’s works. When she won the Golden Globe in January for her work on the Amazon series, Spade told Page Six, “I am beside myself! My daughter and I jumped up and down when she won. She deserves this recognition as she’s put her heart and soul into the role. We are insanely proud.” Following the news of the designer’s death, Brosnahan shared an Instagram video of joyful Kate dancing around with her husband Andy Spade while a mariachi band plays. “Knowing Katy, this is how she would want to be remembered. She had a light that words can’t capture but touched everyone she came into contact with. She was exceedingly kind, beautifully sensitive, insanely talented, funny as heck and one of the most generous people I have ever known. She was effervescent,” she captioned the photo, adding, “Hug your loved ones extra tight today.” #olisa.tv #otv #katespade #rachelbrosnahan #tonyawards

Rachel matched the floral backdrop of the red carpet in a stunning floral Dolce & Gabanna dress.

The actress attended the event a few days after the tragic death of her aunt Kate Spade.

The Ladybird actress won an award for ‘Best Featured Actress in a Play’ for the second year in a row.

She looked amazing in a black and white Christian Siriano gown.

The Editor-in-Chief of Vogue looked extremely stylish and chic as per usual in a yellow sequinned dress, and was accompanied by her daughter Bee for the event.

Most stunning woman tonight at the Tony Awards in Carolina Herrera. ????❤ | @lovegrace_e

The actress and model went for a classic black tuxedo by Carolina Herrera, which she paired with Chopard Jewellery.

Sara Bareilles, who co-presented with Josh Groban, wore a bronze ruffled ball gown with a sequinned bodice for the red carpet.

She and Josh received rave reviews for their presenting of the Award Ceremony.

Amy, who made her first red carpet appearance with her new husband Chris Fischer, wowed in a black Brandon Maxwell dress.

She presented the first award of the night for ‘Best Revival of a Musical’.

Andrew looked dashing in a classic navy tuxedo, and won the award for ‘Best Leading actor in a Play’ for ‘Angels in America’.

The actor dedicated his Tony to the LGBTQ Community.