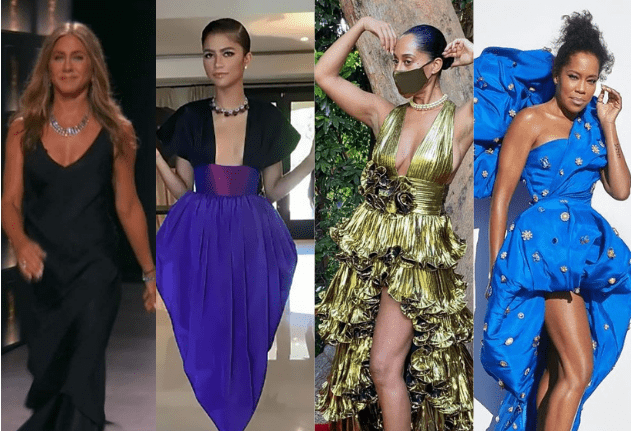 Hosted by Cedric the Entertainer from L.A. Live’s Event Deck, the awards show will honour the best of the best in the world of television.

Amid the coronavirus pandemic, this year’s event will be a lot more intimate than usual, as only about 500 fully vaccinated guests will attend the ceremony, compared to several thousand in previous years. 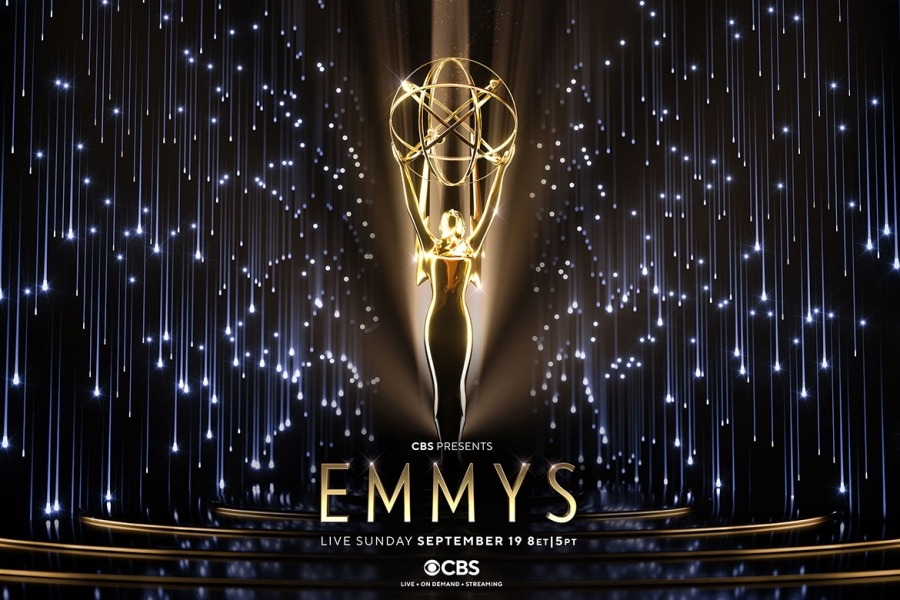 Goss.ie will be sharing the best red carpet looks from tonight’s show, so make sure you’re following us on Twitter and Instagram.

In honour of tonight’s event, we have rounded up our favourite looks from last year’s show, which took place virtually for the first time ever.

Instead of stepping out on the red carpet, celebs got dressed up and posed for photos in the comfort of their own homes.

Jennifer Aniston stunned in a black silk gown at the 2020 Emmy’s, where she was nominated for Outstanding Lead Actress in a Drama Series for her role in The Morning Show.

The Friends star completed the look with a tousled, wavy hairstyle and a statement necklace.

She killed it as always!

Zendaya made Emmy history last year, becoming the youngest actress to take home the award for Outstanding Lead Actress in a Drama Series for her role as Rue in Euphoria.

The actress wore two stunning looks for the occasion, starting off in a dramatic black and purple Christopher John Rogers dress – completely the look with a sleek low bun, a Bulgari necklace and sparkly Louboutin heels.

For Zendaya’s second look for the night, she wore a custom two-piece dress by Armani Privé – compromised of a black-and-white polka dot skirt with a silver studded bralette.

Despite missing out on winning his first Emmy award for Outstanding Lead Actor in a Limited Series for his role in Normal People, Paul Mescal had a lot to celebrate after an incredible breakout year in the showbiz industry.

The Irish actor opted for a classic black Louis Vuitton suit paired with a white shirt for the occasion, as he tuned in to the show via video call.

Regina King won the award for Lead Actress in a Limited Series or Movie, and wore a show-stopping blue bedazzled Schiaparelli Couture gown on the night.

The actress completed the dramatic look with Stuart Heritage heels and some simple, yet stunning jewellery by Nouvel Hertiage.

Tracee Ellis Ross was not going to let the coronavirus pandemic stop her from having a red carpet experience, so the actress decided to make her own red carpet in her backgarden.

Tracee wore a simple slicked back bun with the dramatic look.

Wearing a simple black Louis Vuitton dress with bow details on the shoulders, Reese Witherspoon enjoyed a glass of champagne while she watched the 2020 Emmy Awards.

The actress wore a bold red lip and her blonde hair in waves, and teamed the look with a pair of stunning earrings.

Her first look was a beautiful strapless floral gown by Oscar de la Renta, paired with some drop earrings.

Kerry wore a metallic gold and black sequinned Dolce and Gabbana dress for her second look of the evening, complete with green earrings and rings to accessorise.

6 Halloween Costume Ideas For You and Your Friends