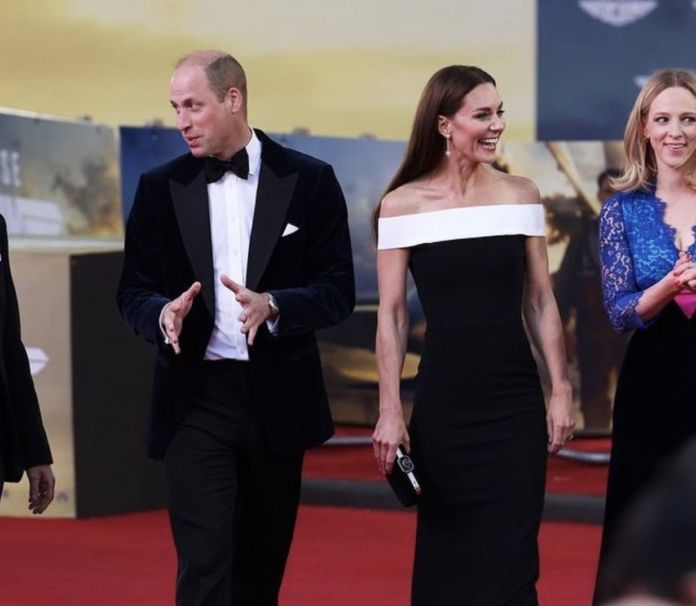 The Duke and Duchess of Cambridge attended the premiere at London’s Leicester Square as special guests.

Kate was the picture of elegance on the red carpet as she wowed in the ‘Lamble’ gown by Roland Mouret.

The 40-year-old paired her bardot gown with diamond drop earrings from Robert Pelham, a ‘Beetle Box’ clutch bag by Alexander McQueen, and a Prada heels.

The royal couple joined a host of famous faces on the red carpet, including the film’s stars Tom Cruise, Jennifer Connelly, Val Kilmer, and Miles Teller.

In a post shared on their official Instagram page, the Duke and Duchess wrote: “Wonderful to join @tomcruise, cast, crew and fans of Top Gun: Maverick for this evening’s UK premiere.”

“The premiere is in support of the work of @filmtvcharity which helps the tens of thousands of people working behind the scenes in the UK’s world-leading film and television industry.”