Holly Willoughby’s Dancing On Ice looks this season so far 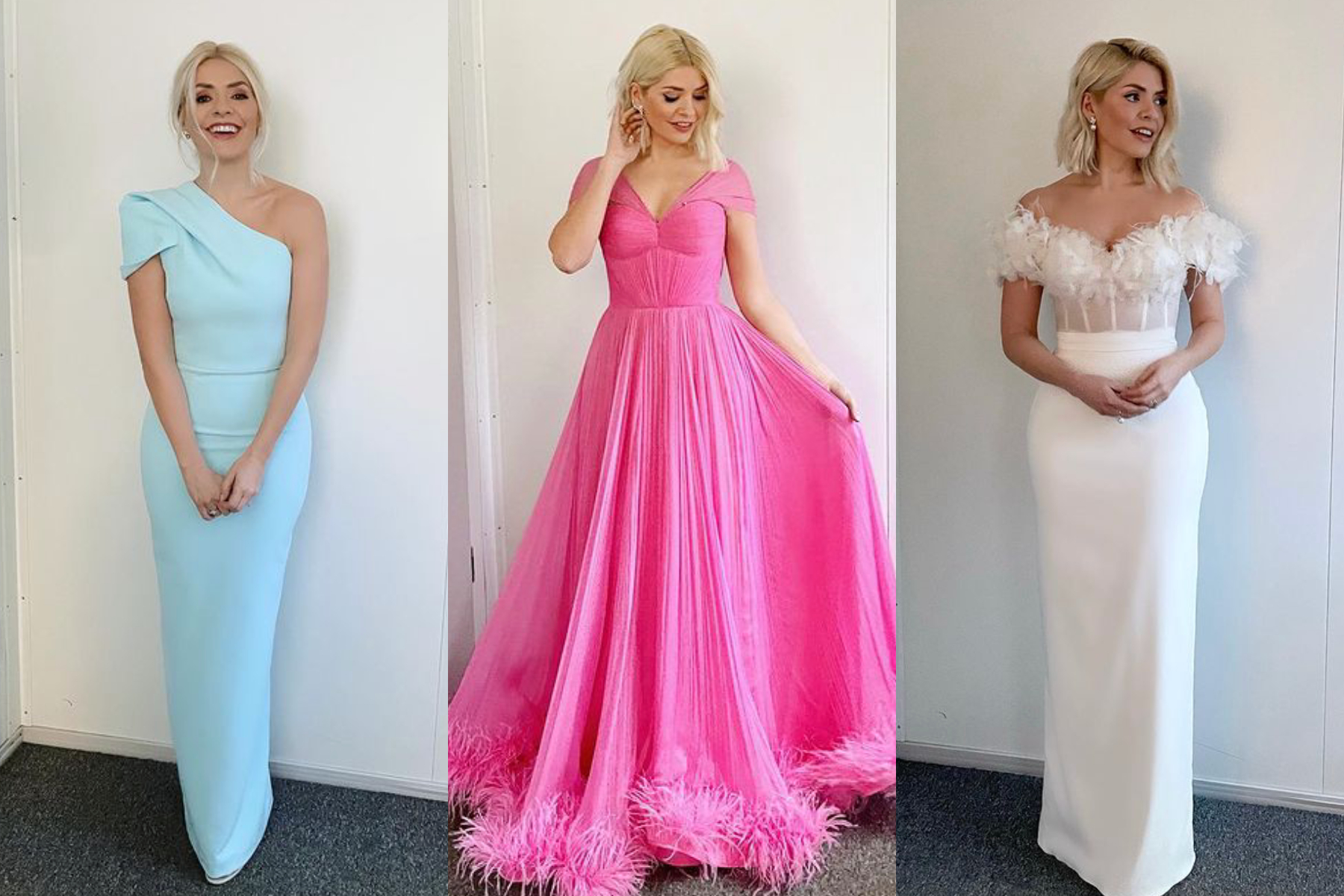 Dancing On Ice has been postponed this weekend, and is set to return to our screens on Sunday, February 28.

While viewers eagerly await the show’s return, we have rounded up Holly Willoughby’s stunning looks from the season so far.

From bridal couture to her Valentine’s Day dress of dreams, take a look at the presenter’s gorgeous gowns:

Just ahead of the series return, Holly stunned in a wedding dress by couture bridal designer Lihi Hod for the show’s promo.

The beautiful gown was embellished with sequins, and featured a corset-style bodice and sheer panelling.

Accessorising with jewellery by Yoko London, Holly’s opening look gave fans a taste of the glamorous looks they could expect for the rest of the season – and she has not yet disappointed.

Kicking off the series, the 40-year-old wore a beautiful pink dress by Dany Atrache, admitting she felt like a “princess”.

The Hollywood-style feathered gown was a showstopper on the night, with the mum-of-three wearing her short blonde bob in a sleek waves.

The two-piece was made up of a corset embroidered with silk organza flowers, and a long, silk white skirt.

Holly completed the look with pearl drop earrings by Yoko London and shoes by Sophia Webster.

Week 3 was musical night, with Holly opting for an elegant black dress for the occasion.

The sheer black dress was made by Costarellos, with Holly wearing her blonde bob in relaxed waves.

As usual, Holly was inundated with comments of praise on her look when she shared it with her 7 million Instagram followers.

Ahead of her 40th birthday celebrations, Holly stepped out in a one-shouldered mint dress from Safiyaa as she hosted the popular ice-skating competition.

The TV star wore her hair in an up-do, showing off her stunning diamond earrings by Susannah Lovis Jewellers.

Last weekend’s look was our favourite so far, with Holly going all out for Valentine’s Day.

The former model wore a pretty pink chiffon silk gown by Iris Serban, complete with a feathered hem at the bottom.

She accessorised with silver diamond earrings and wore her hair in soft waves.

The biker jacket is this season’s hottest fashion trend

This cosy gilet is perfect for your autumn/winter wardrobe

The best red carpet looks from the 2022 Emmy Awards