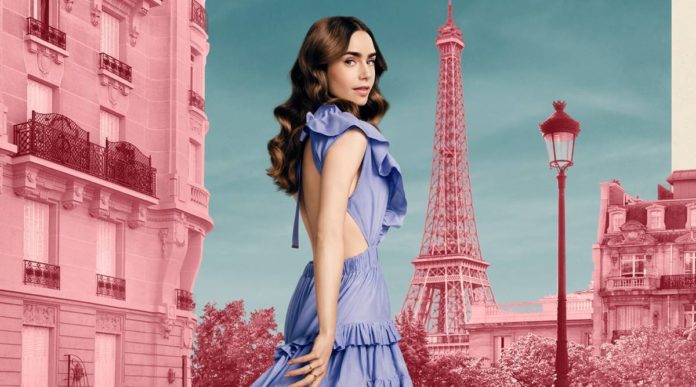 Season two of Emily In Paris joins Netflix today, and we cannot wait to binge it!

Lily Collins will reprise her role as fashionable marketing executive Emily Cooper, and fans can expect to see her in bolder and brighter outfits in the new season.

Marylin said: “Part of the first season’s success was the freedom the costume design gave people to mix things up however they liked. It showed them that they could combine polka dots and stripes, throw colours together, and not limit themselves.”

“My motto, for this season and the last, has always been: ‘Too much good taste is boring.'”

“My trademark is eclecticism and mixing everything together. So if people thought Season 1 was a little much, a little flashy, then Season 2 will be more so. And I’m proud of it. Emily has a strong personality, and we’ll keep her costumes just as strong this season.”

Patricia added: “It was very important that we try not to repeat what we did in the first season. I wanted to show our audience some new ideas. Last season we used a lot of black and white, so I didn’t want to do that anymore.”

“We didn’t want to do the bucket hat again, obviously, because we don’t want to bore our audience. We don’t want them to think, ‘Oh, I saw that already.’ We want to provide something new and exciting and interesting.”

“Fashion is liquid and fashion, the most important thing, as far as I’m concerned about fashion, is, as other forms of art, it reflects the time. Whatever time we’re in, you will see it in the fashion. But we try to avoid fashion trends in the show. I say over and over again that trends die young; trends get very tired very quickly.” 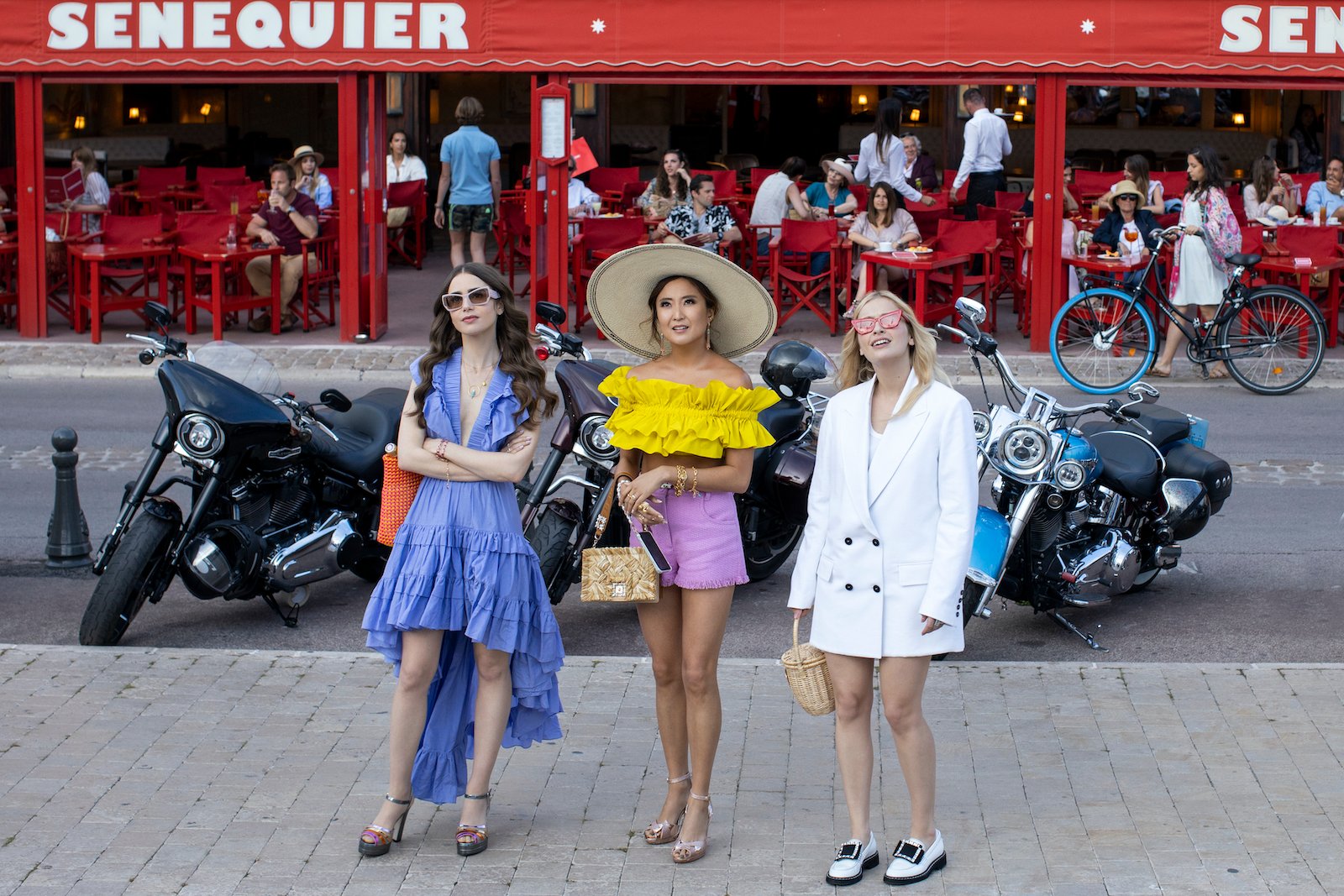 “Since Lily is a total professional, she never says no. It’s true there are outfits that pull her up short; when she sees some combinations she says, ‘Really?’ with a little smile. If it’s just the least bit disturbing, I know it’s good. If she’s not shocked, I say, ‘It must still be too simple.'”

“We try a lot of things, I put together catalogues of outfits to show her and from that she decides which she wants to try, what speaks to her. She is very open. Luckily, none of our actors set limits. They trust me and they trust Patricia, and it’s wonderful to work that way, because we can take it a little further every time. We can set the bar higher.” 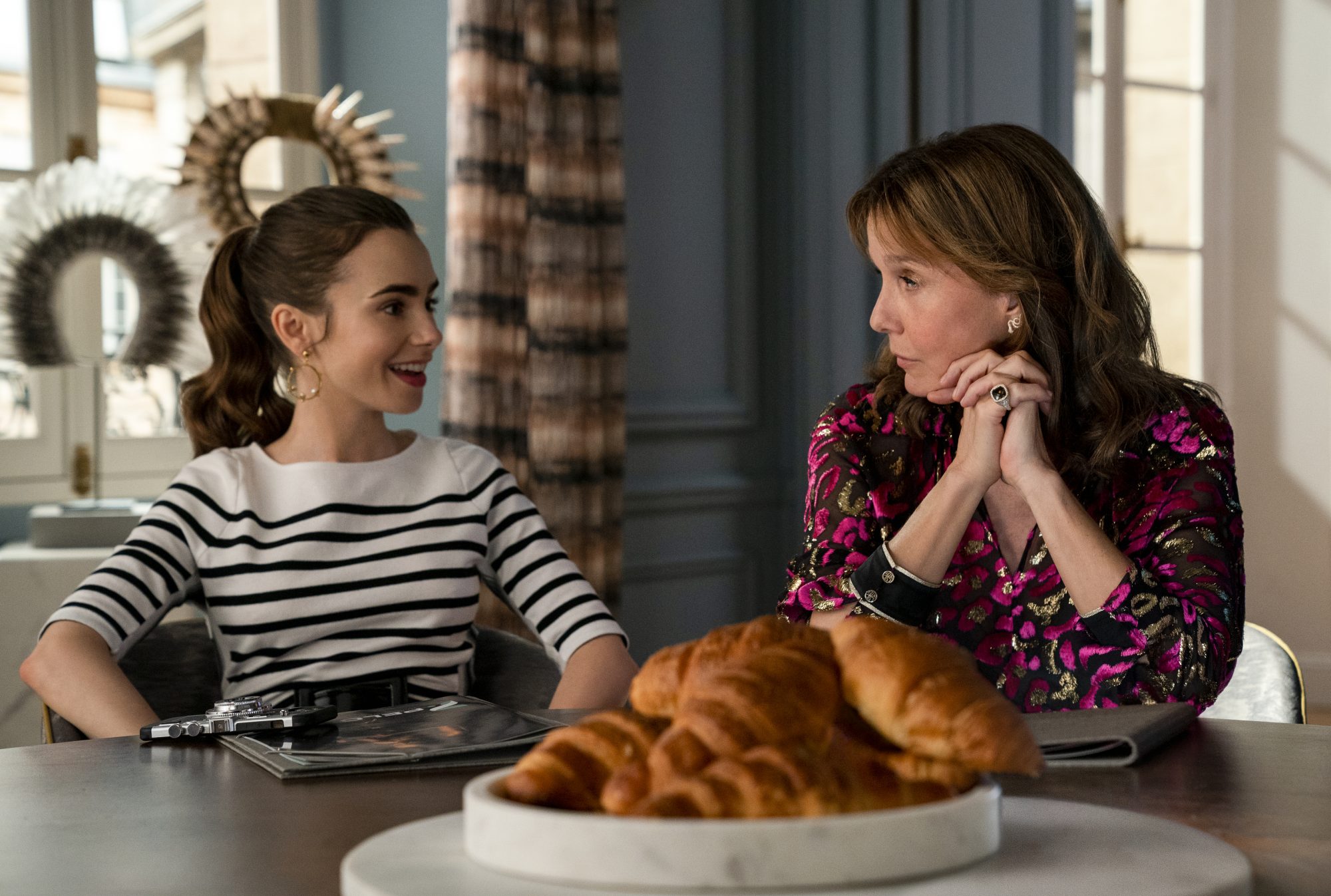 On her approach to sourcing the key costuming pieces, Marylin said: “For the past seven years, I’ve been pushing upcycling and recycling. We only buy new if something is needed the next day and can’t be delivered in time.”

“I love vintage shops, I’m friends with most of the Paris vintage store owners. They phone me when they have unique or very special pieces; anything that the ordinary mortal would shy away from.”

“For Season 2, I decided my challenge would be to combine a couture piece, Dior or Balmain, with a young designer, with a vintage piece, with something you would find at a store like H&M or Zara. Everyone must be able to buy something they love, according to their resources. Buy designer if you can, buy H&M.”

Speaking about the importance of colour in Emily’s costumes, Patricia said: “I recently coined an expression for myself that describes what reaction I like to see with costuming, and it’s ‘happy clothes.'”

“I love colour. It enables me to mix and match different combinations that catch peoples’ attention. Emily is the perfect gal for colour because when we first started, I was told she’s from the Midwest, so she dresses in a Midwestern style. We found, I believe, the right recipe for her last season, and colour has been a huge part of that.”

“People like colour and need colour these days. When we aired episode one, I heard over and over again that it was so much fun to watch Emily in Paris during the pandemic, and that it helped lift peoples’ spirits. That has made me happy, and so I hope the clothes this season continue to make our audience happy.”

Check out the trailer for season two below:

Our favourite pieces from Megan Fox’s new collection with boohoo

Our favourite looks from the 2022 MTV Movie & TV Awards

Steal Her Style: Molly-Mae Hague stuns in gorgeous bikinis while on holidays in Dubai