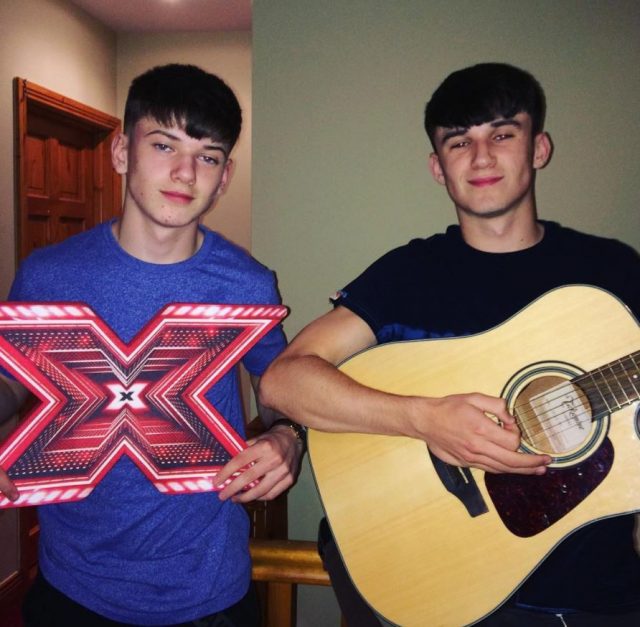 X Factor hopefuls Sean and Conor Price can’t get over the support they are getting from fans, who are running a petition to get the boys on tour with Niall Horan.

Niall is just starting the first leg of his ‘Flicker’  tour, and is due to play to dates in Dublin in March.
Fans of the One Direction star and the brothers are tweeting Niall to see if they can get the boys as support for Niall’s tour.
“That would be a dream, we would be on board a million per cent! We’ve had no reaction from Niall as of yet but we’re open to offers!” Sean told the Independent.ie

“It’s great to see that support from everyone back home and Niall has been through this on X Factor so he knows what it’s like.”
The brothers are in a great position after the weekend, getting through the six chair challenge and now to continue onto Judges Houses.

“If music keeps going as it’s going and keeps escalating it’s hard to turn down, because I’ve always wanted to do music,” says Sean.
“But I really want to sit the exam at the end of the year.  The Leaving Cert is important and we’d like to have our exams and have the option to do both.”
The brothers are still focused on school regardless of their newly found fame.

Check out all the latest showbiz stories on The Daily Goss!