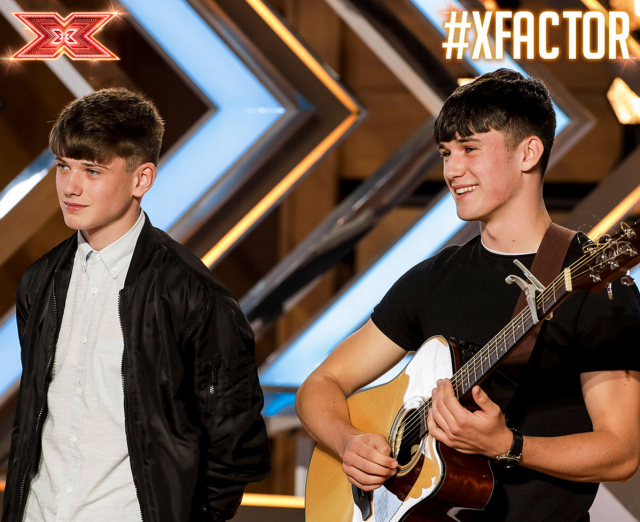 It was previously revealed that the Irish schoolboys had made it to the Judges’ Houses stage of the competition, but now viewers will finally get to see the moment they won music mogul Simon Cowell over.

The brothers, who are regular buskers on Grafton Street, auditioned in Edinburgh.

According to the Herald, during their audition, Sean (17) told the judges, “We have been singing together for three years. Our dream is to sell out arenas and make people happy with our music.

“We come from a little town outside Dublin, Blessington, and there are a lot of fields and sheep, not a lot of people around but great for us to sing.”

Sean and Conor performed a version of Bob Dylan’s All Along The Watchtower – and left the judges very impressed.

“Your voice, Conor, is amazing,” Nicole told them. “And you’re 17, Sean. I feel your voice complements it so well. The X Factor is having the It Factor. Awesome. You’re giving my goosebumps goosebumps.”

“So young, so authentic. That means an awful lot,” Louis said.

Meanwhile, Simon told them, “It’s probably one of the best auditions we’ve had. I don’t want to change a single thing.

“If somebody does try to do that, come and talk to me. Every so often, I sit on these auditions and think ‘thank God we find people like you’.”