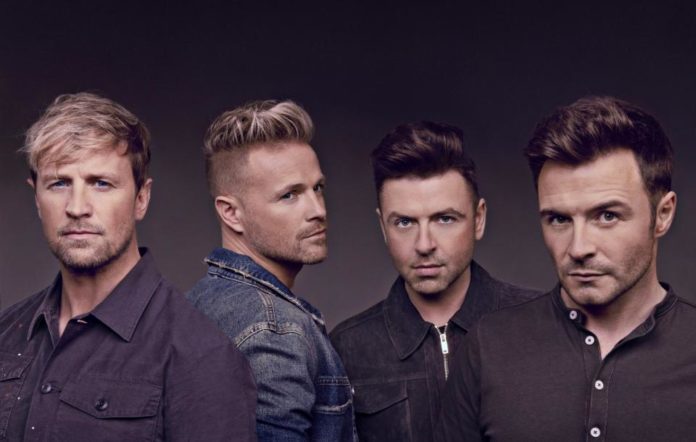 Westlife have sent their fans into a frenzy this morning, after sharing a snippet of their new music.

Bandmates Shane Filan, Nicky Byrne, Mark Feehily and Kian Egan finished recording their 12th studio album in August, and revealed at the time that it would be ready to go two to three months later.

Taking to Instagram today, the Irish band shared a 14-second teaser of their highly anticipated new music, and wrote: “Could it be, could it be the start of something…? 👀🎶”

The group also changed their profile picture to a snap of a gorgeous pink and blue sky.

Commenting on the clip, one fan wrote: “OMG THE NEW ALBUM IS COMING VERY SOON😍”

In August, Nicky opened up about the challenges of recording their new album remotely from their homes.

In an Instagram post, he wrote: “Recording our new album individually – and remotely from our homes has been one hell of an experience!”

“Dogs Barking, doorbell going, WiFi dropping out to mention just a few 🤷‍♂️but we got there in the end! Now fully recorded, it’s currently in the oven and cooking time is approx 2/3 months.”

“We may open the oven door at some point to sample our brand spanking new single as a starter…😉🙏in the meantime trust me – it’s starting to smell Devine!”

“@westlife For now our working title shall be..#BangersNSmash🔥,” Nicky added.

In March, Westlife announced that they had signed with East West Records, which is owned by Warner Music.

The popular band left their previous record label EMI Records “by mutual consent” the month prior.

Sharing the news of their new partnership with East West Records at the time, they said: “We have found a record label that share the same energy and high ambitions as the four of us.”

“In what will be a very busy year, where there will be some surprise announcements and of course new music!”