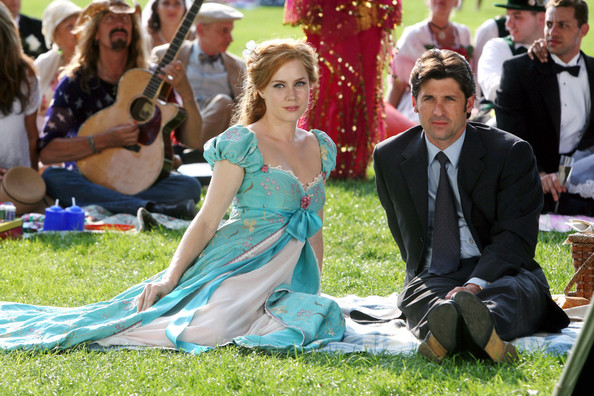 Production for Disenchanted has officially started in Co. Wicklow.

The actors will reprise their roles as Robert and Giselle in the new flick, which is being filmed in Enniskerry and Greystones.

Idina Menzel and James Marsden are also returning to their roles as Nancy and Prince Edward, while Maya Rudolph will be joining the cast as a mysterious villain.

Beth Teehan shared a video on TikTok of a building in Greystones that has been transformed into a pink castle covered in flowers for the upcoming flick.

Disenchanted is scheduled to be released in 2022 on Disney+.

The original film starred Amy Adams as Giselle, who is banished from the animated land of Andalasia to the live-action world of New York.

Sharing a photo to Instagram on Monday, Patrick wrote: “I love being in Ireland and I’m having so much fun working on this film #disenchanted.”