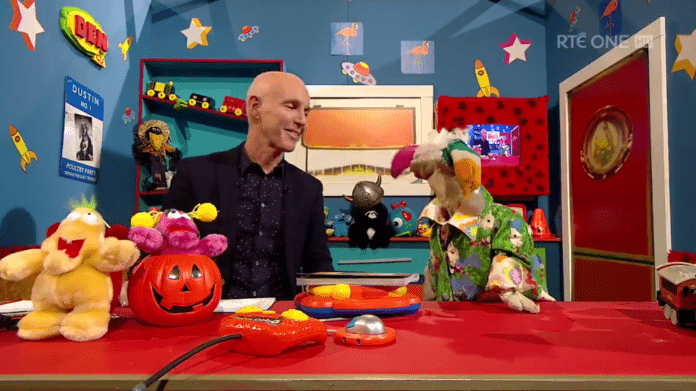 There was a very special moment on The Ray D’Arcy Show last night, as Ray reunited with Dustin The Turkey on screen for the first time in 20 years.

Nineties kids took a trip down memory lane with Ray and Dustin, as The Den’s iconic set was recreated on Saturday night’s show.

‘We’d some special moments on The Den’ @dustinofficial is here! The Den best bits montage is so good! Tune in to #RayDarcy now! pic.twitter.com/yjiO2jCzA0

On the show, Dustin also chatted to Ray about his desire to join the long list of Irish literary greats with the publication his new book ‘Wikibeaks’ – which claims to expose the real Ireland like no other book has done before.

He also dished the dirt on Zig and Zag, and whether he has plans to run for the Áras next year.