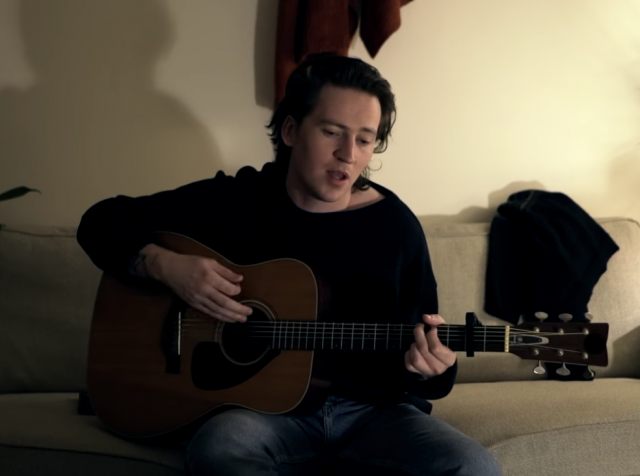 Picture This fans have gone wild after the band released a music video for their brand new single If I Build A Home On The Moon.

The much-loved Irish band are back with a bang, giving something for fans to get excited about during the current pandemic.

The new video shows leading man Ryan Hennessy playing his guitar and singing on the couch in a sitting room, looking out the at the moon in the sky.

The front man also appears to be watching home footage on his TV of band members Jimmy Rainsford, Owen Cardiff and Cliff Deane at the beach.

“If I Build A Home On The Moon” https://t.co/8rglrmDH8c pic.twitter.com/ikyUZOgcv5

Fans are already claiming the song is the perfect wedding song, with one fan posting “Wedding song!” and another, “This is the song that will feel so much different when you’re in love”.

Ryan receives a letter in the post addressed to Ryan Hennessy, The Moon reading “I remember the days & the nights that we had and we’ll have again…”

Fans have been flooding to social media since the song’s release.

One fan wrote” “If anyone asks me to describe perfect, I will tell them to listen to this song”.

Another added: “The song is so beautiful and the concept of the music video is amazing!!”

People were also quick to spot the name on the video tape Ryan watches in the video and have speculated that it is the name of their new album.

The band were set to play three Irish gigs this summer before having to postpone them until 2021 due to the coronavirus pandemic.