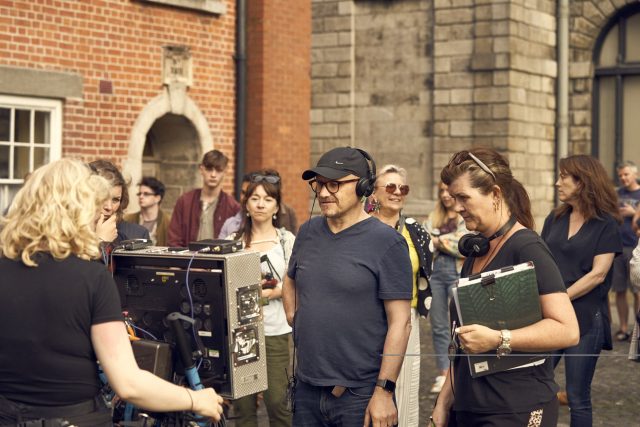 Normal People direct Lenny Abrahamson has shared never before seen footage from the hit series – and, of course, it involves Connell Waldron.

The 53-year-old, who is also an Executive Producer of the hit Irish drama, took to his Twitter account to share unseen clips of the GAA match Connell played in, which is featured at the beginning of the series.

Lenny explained that he had to have a “quiet word” with the goalkeeper before filming the football final scene.

“Pssst – some rushes from #normalpeople showing the 2 saves the goalie made (first one pretty spectacular) before the take where Connell scores,” he tweeted.

Pssst – some rushes from #normalpeople showing the 2 saves the goalie made (first one pretty spectacular) before the take where Connell scores. As some speculated, I may have had a quiet word with him in advance of the final, used take …. Very fine keeper, tho. pic.twitter.com/VOTOOCcItr

“As some speculated, I may have had a quiet word with him in advance of the final, used take …. Very fine keeper, tho,” he added.

Fans of the 12-part series were quick to praise both Lenny and the goalkeeper’s skills.

“It was great to see the feeling of being at one of those small Gaelic football matches displayed so accurately on-screen Lenny. And that goalie’s surely being scouted as we speak! :),” one user posted.

“The ‘Jesus Christ’ after the second one smacked of ‘we’ll be here all feckin day at their rate,'” another commented.

The clips came after it was revealed that the Oscar-nominated director would join RTÉ Home School Hub this week.

Throughout the week, Lenny will appear on the show to talk to children about directing and film making.

There will be four lessons across the week that deal with aspects of the film industry.

Lenny Abrahamson will be commencing his film classes on today’s #RTEHomeSchool📽️🎞️ @cartoonsaloon will also be giving a behind the scenes look at their work…And we show some films that kids have made!! Make sure to join in the fun!! @explorerte @rte2 @macallateo

Normal People has received fantastic reviews worldwide, with the brand new series requested more than 21.8 million times on the BBC iPlayer since it first dropped on April 26.

The BBC also stated that 5 million of the requests were from people aged 16-34, according to iPlayer data.