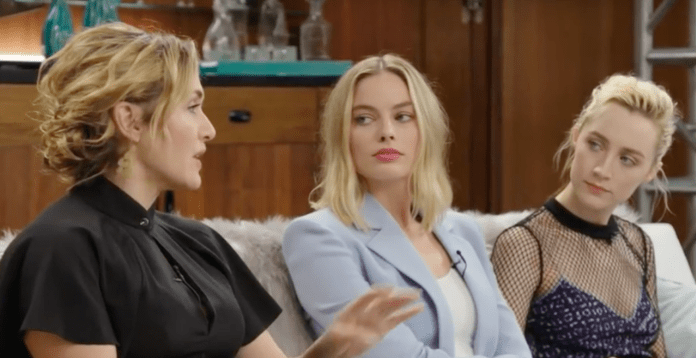 The facial expressions of Saoirse Ronan, Jessica Chastain and Margot Robbie said a lot about how they feel about Woody Allen in this video.

Kate Winslet spoke about working with filmmaker Woody Allen on a new movie whilst everyone listened with uncomfortable faces during The Envelope web series with the Los Angeles Times.

Kate, who worked with the director on Wonder Wheel, gushed about the great roles he writes for women in film.

“Woody Allen is an extraordinary writer,” she began.

“He’s obviously known for having created extraordinary roles, very very powerful and complicated roles for women, for many many years.”

None of the other actresses said anything, but seemed uneasy throughout the whole discussion.

Jessica Chastain has previously said that she would never work with Woody Allen, who married his adopted daughter Soon-Yi Previn and has been accused of abusing his daughter Dylan Farrow.