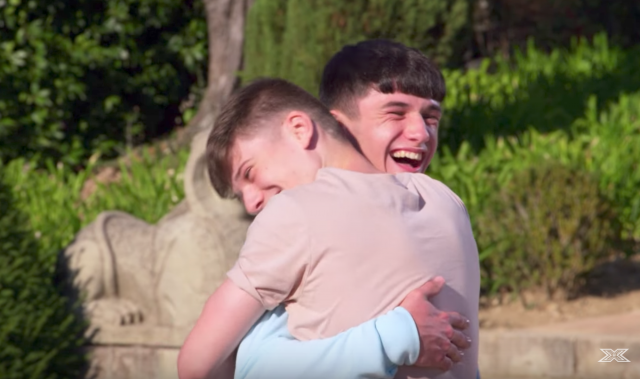 Irish brothers Sean and Conor Price made it through to the live shows on The X Factor last night.

The 17-year-old and 15-year-old brothers from Wicklow were chosen as one of Simon Cowell’s final three groups to make it to the live finals.

In an episode that aired last night, viewers saw the Price brothers travel to the South of France, where Simon Cowell was joined by guest judge Cheryl.

Sean and Conor chose to perform Pink’s hit song What About Us – and it was the perfect song choice.

After their performance, Simon said, “That was the best I think you’ve sang. You looked happy and relaxed. That was great guys, well done.”

When it came to the point where Simon tells them whether they’ve made it through or not, he told them that they had a “really charming naivety”.

Finally, he said, “You don’t know how good you are. You’ve made it through.”