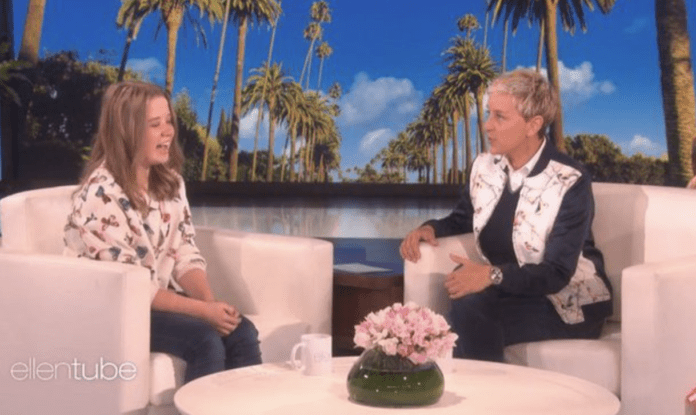 Seventeen-year-old Eimear O’Tuathail from Galway was flown over to L.A this week to appear as a guest on Ellen DeGeneres’ hit U.S show.

Eimear talked about her excitement of being in the city and serenaded her idol with a song called ‘Hey Ellen.’

Chatting to Ellen, Eimear revealed what she wants to get up to in California, including wanting to see a real palm tree, pick up EOS lip balm at a cheaper cost as they are “really expensive in Ireland”, as well as trying “really fancy drinks” at Starbucks.

After her performance, Ellen surprised Eimear with several gifts including the pink drink from Starbucks she mentioned, a basket of the EOS lip balm and a cheque for $10,000 for college.

Safe to say that the Galway girl impressed viewers and Ellen herself, after the host told her “I like you more and more”.

Check out the latest showbiz stories on the Daily Goss!