Vogue Williams has revealed that Spencer Matthews made her take a pregnancy test after a tarot card reading last week.

The couple are parents to two children, 2-year-old Theodore and six-month-old Gigi, and have shared their plans to have two more children.

Speaking on the latest episode of their Spencer & Vogue podcast, Spencer revealed he was told by a tarot card reader that his wife was pregnant with twins.

“I want to know what she said to you because Spencer actually made me do a pregnancy test this week after he had his reading,” Vogue told listeners.

“She backtracked, because I sent her a photo of a negative pregnancy test and I called her a fraud,” he added.

Vogue revealed she had been given a “certain date” by the reader for when she will fall pregnant again.

Vogue recalled finding out she was pregnant with her son Theodore while in Amsterdam airport, after buying a test at the airport pharmacy.

“I went to the toilet and I just actually burst out laughing because it’s kinda like when you’re in disbelief, but you’re happy at the same time,” she explained.

“I went out and told Spenny, and he got the biggest pint of wine I’ve ever seen.”

Spencer said: “Oh yeah, I was like oooh, another good excuse for a drink. It was very exciting.” 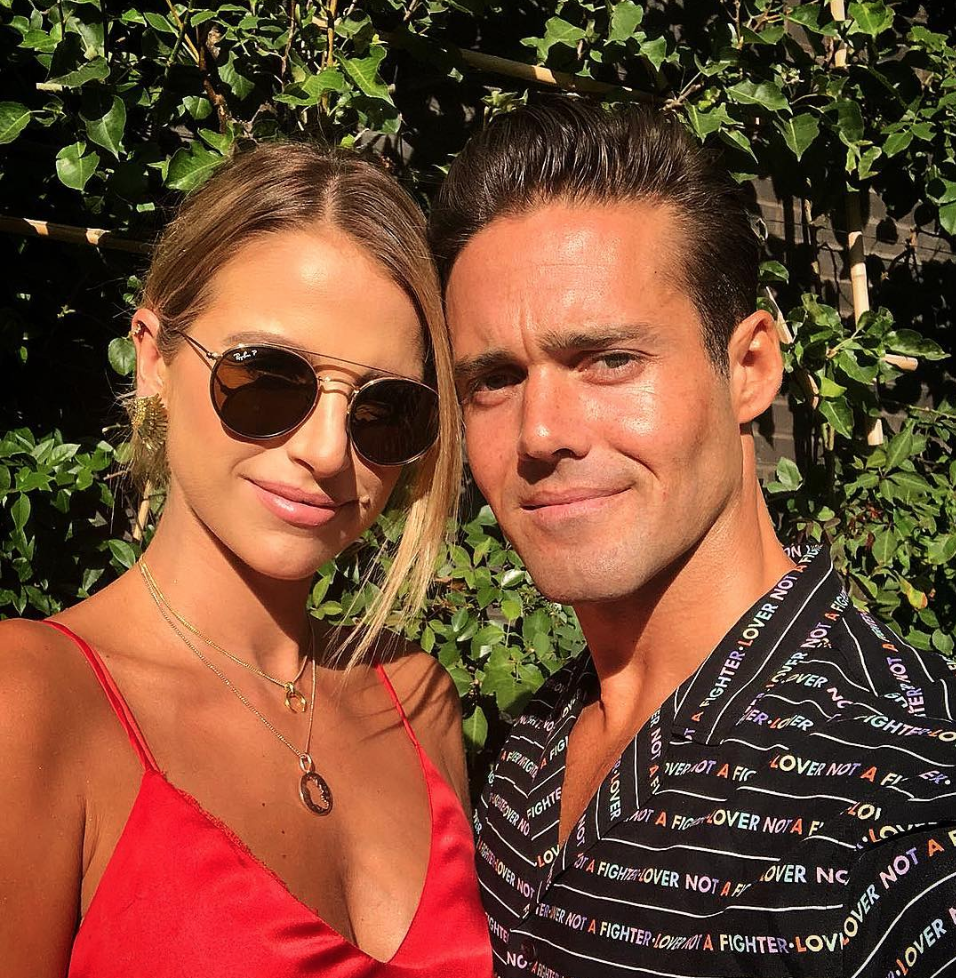 “When you were pregnant with Gigi I was so delighted and actually, I was disappointed yesterday when the test came back negative,” he added.

“I was not,” Vogue admitted.

“We’re having four kids, I want to have them spaced out a little bit. I’m 35, I have 5 years to have two more kids, it’s alright.”