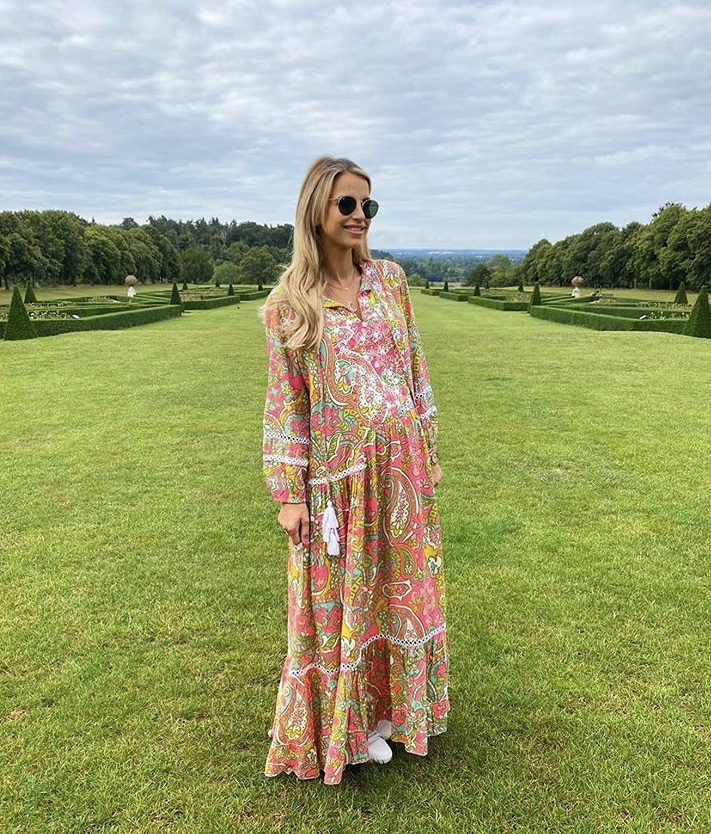 Vogue Williams has returned to social media, after giving birth to her baby daughter last Wednesday.

The mother-of-two has been noticeably absent from social media over the past few days, but made her return to Instagram today to thank fans for their “kind messages”.

“Hello Instagram,” she beamed as she addressed her followers, “It’s been probably my longest time ever I’ve been off Instagram in my life.”

“Thank you all so much for your very kind messages. I’m still reading them and they’re all lovely – thank you.”

The presenter gave birth at the Chelsea and Westminster Hospital in London last week, where she welcomed her second child with husband Spencer Matthews.

Announcing the newest addition to their family on Instagram, Vogue wrote: “Last night we became a family of four. Our beautiful daughter arrived safely and happily into the world ????.”

Meanwhile, Spencer wrote on Instagram: “Wow, we officially have CHILDREN!!”

“So much has happened in the last three years. Real positive change, a son and now a daughter.”

“I couldn’t be more thankful to my incredible wife @voguewilliams for all that you do for our family, in particular the laborious pregnancies which us men will never fully understand.”

“Thanks also for making me see the light through my rocky relationship with alcohol. @cleanliquor, which fills me with so much drive and purpose would never have existed without you..,” he added.

“I have always dreamt of being a great father and because of you, that is now achievable. Feel lucky ever day to be married to you.”

Vogue announced her pregnancy back in March, and the couple are already parents to a son named Theodore, who turns 2 this September.