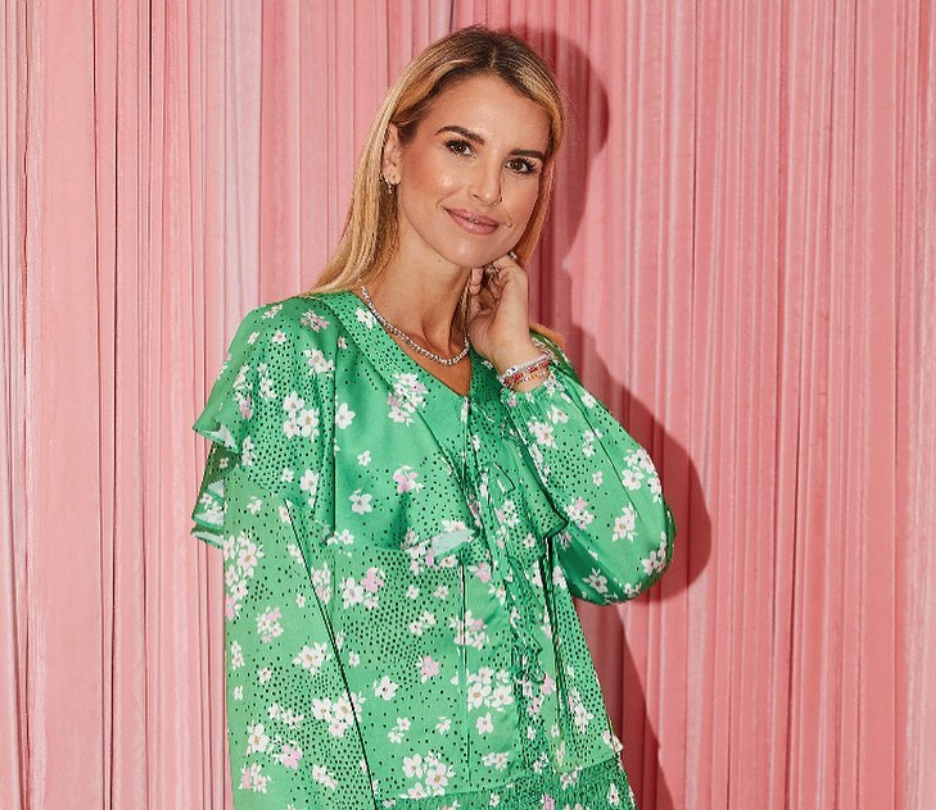 Vogue Williams has admitted she’s “really missing home”, as she prepares to give birth in London amid the coronavirus pandemic.

The 34-year-old, who usually splits her time between the UK and Ireland, is expecting her second child with husband Spencer Matthews – and is due to give birth in July.

Speaking on Darren Kennedy’s podcast The Secret Of Celebrity Pets, Vogue said: “I really miss home, to be honest.”

“I go home to Dublin a fair bit. I probably won’t be going back until the baby’s born.”

During her chat with Darren, the TV presenter was joined by her beloved dog Winston, as she discussed how the pup gets along with her son Theodore.

“Winnie came from Sydney and he was a gift eight years ago. Eight’s young for a dog. He’s a part of the family. He’s really well behaved,” she said.

Vogue also spoke about how she thinks Theodore and Winston will react when she brings another newborn home this summer.

“They’re gonna be like why is there a baby in this house,” she said.

“When he was born, I sent one of Theodore’s blankets back with my mum so Winnie could get his smell…”

“He’s not bothered about much, he came and gave him a sniff,” she added.