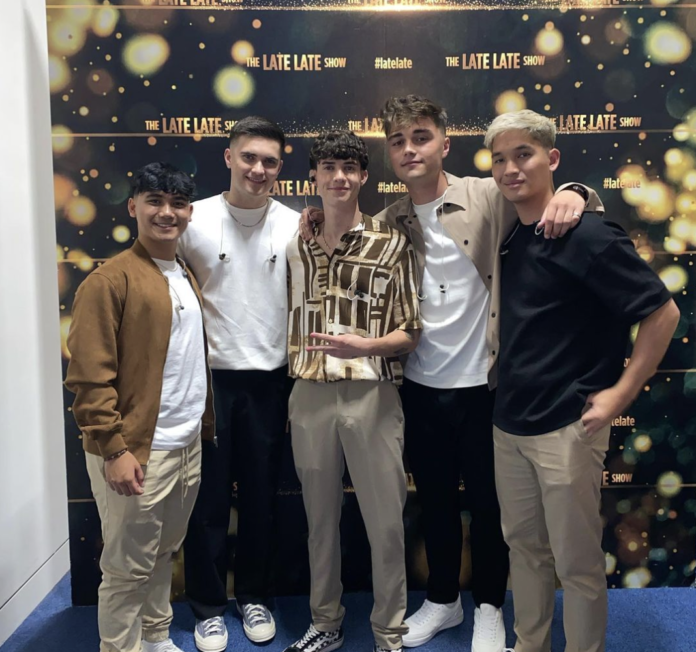 Louis Walsh’s new boyband, Next In Line, made their TV debut on The Late Late Show on Friday night.

Appearing on the show as a musical guest, the group delivered their first performance in front of a live studio audience.

The fivesome clearly made an impression, as viewers quickly took to Twitter to share their thoughts on the new band.

Another wrote: “A plus and a minus for Louis Walsh’s latest boy band, Next In Line. Plus – not sitting on stools. Minus – not a musical instrument between them. Couldn’t wish them anything but good luck, though.”

Check out more reactions to Next In Line below:

#NextInLine are decent enough it’s good to see 5 lads that can all sing get a shot at singing in a bad. Best of luck lads #LateLateShow #LateLate

The music manager originally issued a call out for talented singers between the ages of 16-21 to form a girlband and boyband, and held auditions in Vicar Street in November.

However, Louis said he didn’t “get the right girls” for the job, and decided to focus on forming the boyband instead.

1,000 auditions were held before Louis chose the five boys he wanted in his latest musical venture.

The band have already recorded ten songs in London with Brian Higgins, credited with writing hits for Girls Aloud and Sugababes.

Louis, who has managed the likes of Westlife and Boyzone over the years, has admitted he’s “never been more excited or confident about a group.”

Speaking to the Sunday World, the Mayo native said: “I just can’t wait for people to hear and see what they have to offer. They all have amazing voices and they are talented musicians.”

“They have been recording with British pop producer Brian Higgins, who worked with Sugababes and Girls Aloud. He has been writing and co-writing their original songs, and he’s the best in the business.”

A post shared by NEXT IN LINE FANPAGE (@nextinline_lover)

“We also brought in Steve Garrigan of Kodaline to write some songs and work with the boys in the studio, and he has been brilliant with them.”

“At this stage, they are already fully formed pop stars before they’ve done their first public performance or TV appearance.”

Next In Line will give their first public performance by busking on Dublin’s Grafton Street on Saturday, September 24, at 4pm.