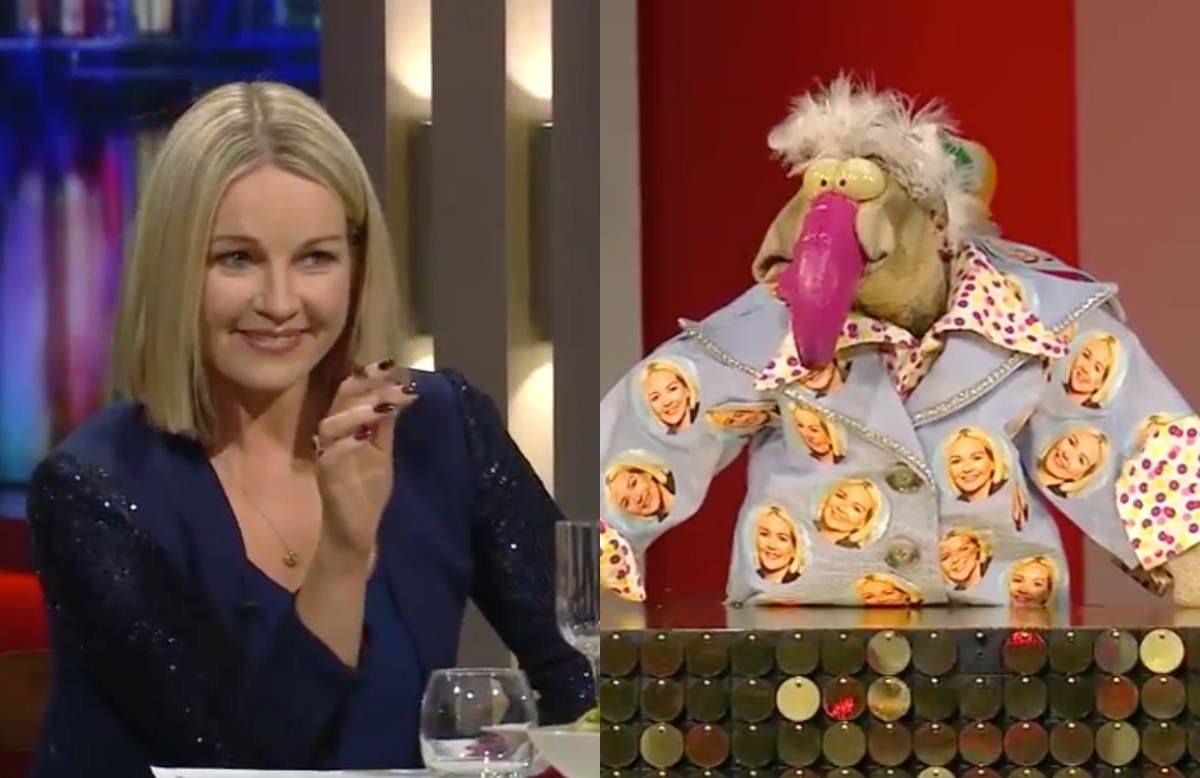 Viewers have questioned how Dustin the Turkey is “allowed on RTÉ”, following his hilarious appearance on Claire Byrne Live.

Over the past few weeks, the popular puppet has continued a running joke on The Den about Claire Byrne wearing “the same cacks” on her RTÉ show.

During Monday night’s episode of Claire Byrne Live, the TV presenter came face-to-face with Dustin, and told him: “You have no idea what you have put me through in my house!”

The broadcaster admitted her two kids have become quite fond of Dustin’s song about her “cacks”, and confessed: “I’ve lost all control in my house.”

Claire finally confronts @DustinOfficial about the rumours he has been spreading on The Den. Luckily Bernard O’Shea @boshea5 comes to her rescue!! #CBLive pic.twitter.com/FlmOiSWu6I

“When I try to give out to them, they sing your song to me and that’s the end of it,” she complained.

Dustin replied: “Well look, I have to say Claire, I met your kids they’re absolutely brilliant. But secondly, well done you, keeping the same cacks on for 10 weeks now!”

The Den star then took the joke even further by gifting Claire a t-shirt with the slogan “same cacks on for ten weeks now” on it.

It’s safe to say viewers were in hysterics over their interaction, and some questioned how he was allowed on the show at all.

Love Dustin tbh, very funny and very edgy, it’s a wonder he’s allowed on RTE with some/most of the stuff he says 😂😂😂 #cblive

Dustin is genuinely a riot. Bringing everyone in RTE down a peg or two and everyone is laughing or *has* to laugh. The Luke O’Neill gag was perfect. #cblive