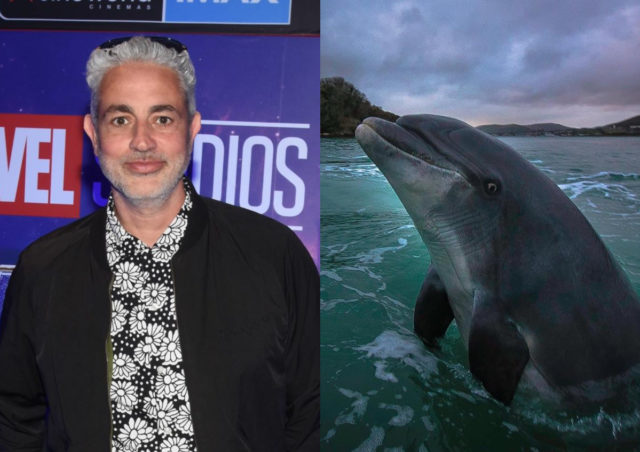 Dingle Sea and Safari Tours have issued an update on missing resident Fungie, after Baz Ashmawy spotted a dolphin in Dingle.

Fungie has lived in Dingle Bay in Co. Kerry for over 37 years, and has been entertaining locals and tourists for decades.

But last month, Fungie was reported missing by locals, and the beloved mammal hasn’t been seen since.

TV presenter Baz, who is working on a documentary about the missing bottlenose, took to Instagram on Tuesday to share his delight after spotting a dolphin while out kayaking in Dingle.

Forget your “big foot tapes“… Imagine my excitement today in Dingle Bay when I was kayaking with @irishadventuresdingle looking… Waiting.. and and this happened… 🐬. .. 😝… Sadly it wasn’t our Fungie… Croí Briste!💔 Thanks Noel for the best day. We were close but no cigar! 🚣🏻‍♂️

Baz wrote: “Forget your ‘big foot tapes’… Imagine my excitement today in Dingle Bay when I was kayaking with Irish Adventures Dingle looking… Waiting.. and and this happened… 🐬. .. 😝.”

However the excitement was short lived, as Baz confirmed the dolphin was not the famous Fungie, who’s whereabouts remain unknown.

The official Facebook page for Dingle Sea and Safari Tours issued a statement following the sighting, writing: “There was reports of a dolphin in the harbour entrance yesterday but it definitely wasn’t Fungie.”

“There is a film crew in Dingle doing a documentary on Fungie,” they explained, “They went out in a Dolphin Boat and were accompanied by a kayak.”

“A bottlenose dolphin did pop up between the boat and kayak. It was around for most of Monday but no sightings of it today.

“The skipper of the boat has loads of experience of seeing Fungie every day and was 100% sure that it wasn’t Fungie. It wasn’t quite as big as Fungie.

“Had completely different fin markings & features and a lot younger. It would be a miracle if he/she did hang around for a lengthy period, but it’s nice to see there is still cetaceans around the area.

“Stay Safe, Keep the Faith and never give up hope,” they concluded the post.

🌊FUNGIE – EXPERIENCE 🐬 Some fantastic shots taken while onboard our 8am up close and personal experience with Fungie onboard the rib. Places are very limited so booking in advance is advised. If you wish to book with us we have limited spaces for the next few weeks! Book now @ www.dingleseasafari.com or if you need assistance give Bridget a call on 0861937304 • • • • #fungie #dingleseasafari #Dingleharbour #sea ave #acientstories #geology #ribexperience #seaadventure #wildatlanticway #somuchtosee #seaair #sealife #dolphins #fungie #no1ontripadvisor #dinglepeninsula#adventureoftheseas