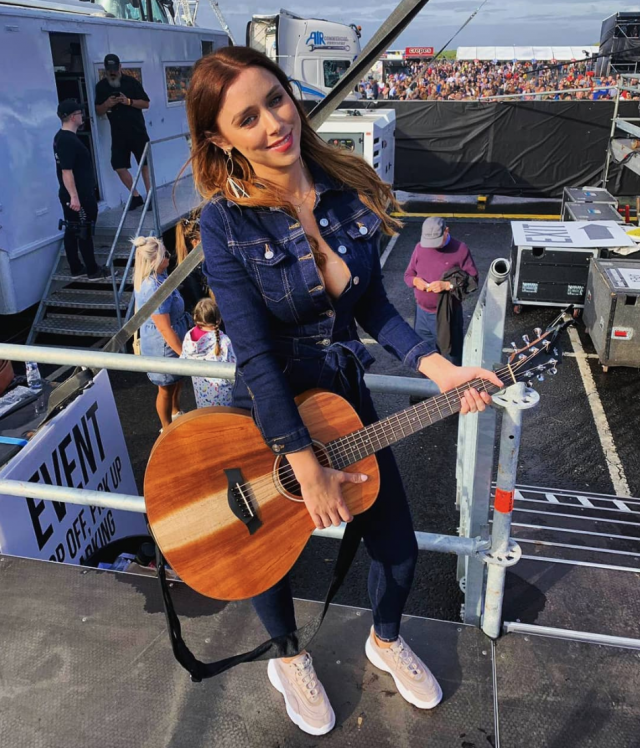 Una Healy performed at the Farmer’s Bash Live at the Beach in Portrush last night, and wowed the crowd with some “personal” songs.

Just days after her ex-husband Ben Foden remarried in the US, the Irish singer belted out a moving rendition of Miley Cyrus’ Nothing Breaks Like A Heart.

The former Saturdays star then performed her latest single Strangers, and told the audience that it was a “personal one”.

Una wrote the song following her split from Ben, and it’s about becoming “strangers” again with the man you fell in love with.

The Tipperary native, who shares two kids with Ben, split from the rugby player last July amid claims that he had been unfaithful.

Just over one year later, Ben married New Yorker Jackie Belanoff Smith on board a luxury yacht in Nantucket, Massachusetts – after dating for just two weeks.

Ben revealed the news on Instagram, and said that he got Una’s “blessing” before tying the knot.

However, it’s believed the singer is understandably shocked by Ben’s whirlwind marriage, and her former bandmates have been rallying around to support her.