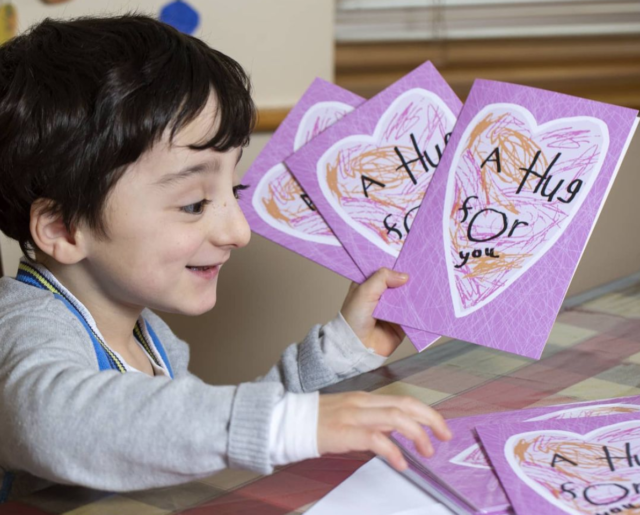 The six-year-old, who suffers from Brittle Bones, melted the hearts of the nation on The Late Late Toy Show last year – when he offered host Ryan Tubridy his handmade ‘Hug For U’ heart.

Adam’s ‘virtual hug’ sign has since been turned into a card, to raise money for charities close to his heart.

A post shared by Adventures With A Difference (@adventures_wad)

The card reads ‘Barróg Duitse’ which means ‘a hug for you’ in Irish.

Sharing a photo of Adam’s new design on Instagram, his family wrote: “The word is out! Thanks @instatubridy for the announcement on the #LateLateShow.”

A post shared by Adventures With A Difference (@adventures_wad)

“Adam is so excited to announce he has turned his virtual hug green for St. Patrick’s Day!”

“Thanks to the amazing team @garlanna you can get Adam’s Irish virtual hug card online NOW at garlanna.com and in stores from next week.”

“Let’s help everyone connect with their Irish roots for #stpatricksday2021 More on this next week!” they added.