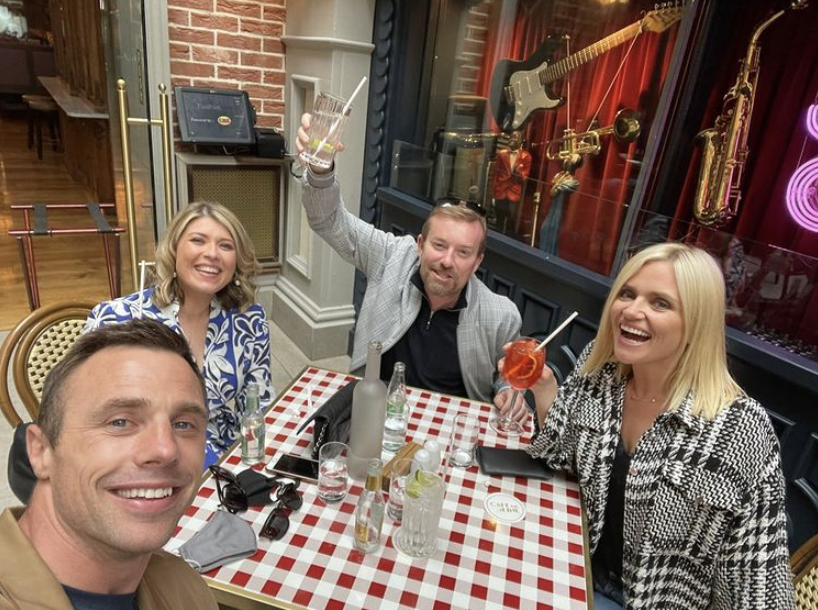 Tommy Bowe and Karen Koster have shared some hilarious snaps from an Ireland AM day out.

The co-hosts joined Alan Hughes and Ger Treacy for outdoor lunch and drinks in Dublin’s city centre on Thursday.

In photos shared on Instagram, the group can be seen clearly enjoying themselves, which resulted in some hangovers this morning.

Karen posted a gas photo of Alan holding a pole on her Instagram Story, followed by a snap of former rugby player Tommy signing autographs.

The Ireland AM crew can be seen laughing and smiling in their Instagram posts today, but they were clearly feeling the effects of last night.

Karen shared some pictures from the lunch on her Instagram feed, alongside the caption “💯 worth the adult headache today 🥴.”

Tommy also shared a group selfie from their day out, alongside a photo of him on the bus this morning – after leaving his car in town the night before.

He captioned the post: “Seemed like such a good idea to leave the car behind last night! Not such a great idea having to get the bus today 😫.”