TikTok star Tadgh Fleming has opened up about the “nasty side” of social media.

The Fleming family first went viral back in 2017, when Tadhg shared a hilarious video of his dad Derry trying to catch a bat in their kitchen.

Thanks to his family’s funny antics, Tadhg has since gained millions of followers across multiple social media platforms – including 2.3 million followers on TikTok.

However, the 30-year-old has sadly received his fair share of nasty comments since finding fame online. 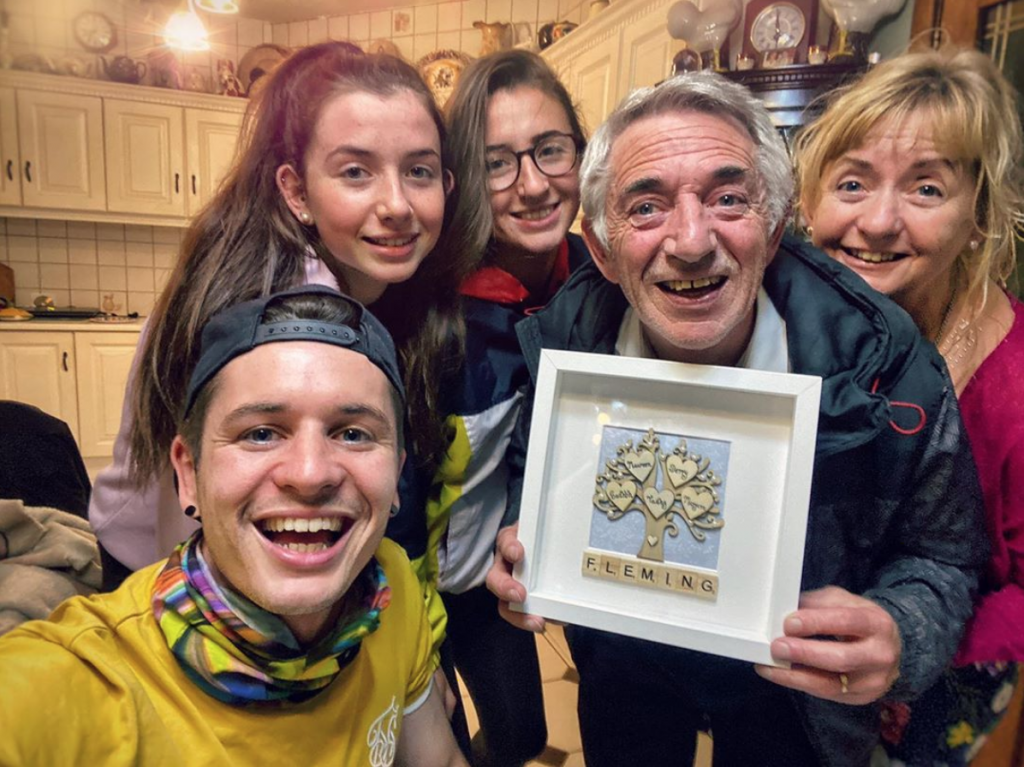 Speaking to the Irish Sun, Tadgh said: “I do [get nasty messages] and I reply to them. I love replying to them because they are judging by what they see.”

“I had [one from], it was an elderly man who owns a business here locally just outside of Tralee and he said, ‘Will you cop on to yourself’ something like this along these lines.

“I chatted to him. I said, ‘Look I love what I do and you love what you do in your business.’ I started a conversation with him and I said, ‘What drew you to say that? You actually went out of your way to message me.’

“We had a conversation for 20 minutes. He turned around to me and said, ‘Look Tadhg, I got the totally wrong impression of you.’

“I suppose people judge me roaring at Alepsa and I don’t think they realise that I’m actually just a normal human that’s just doing stuff,” he continued.

“But you do get nasty [messages] and you’re always going to get it. 99 per cent of the comments are positive. You can’t let that get you down.”

“With the amount of people looking you’re always going to get one. If you call them out on it, and I’ve done it, there’s a turnaround 100 per cent.”

“There’s so many Irish creators now on TikTok, it’s a fantastic place for people but I’ve seen a nasty side of it. And that can get to people,” Tadgh explained.

“I 100 per cent think that all these comments, no matter how much you’re deflecting, you’re going to take that on board.”

Thankfully, the good comments outweigh the bad, and the Flemings have received plenty of kind messages – especially over the past few months.

Tadgh’s father Derry said: “People are so nice and they’re really appreciative of the fun side of all this. People were in a bad way with the lockdown, people were sick with depression and [some in] palliative care.”

“People have written to us and we’ve sent videos and messages privately and it’s very rewarding for us in a sense.”

Tadhg added: “Even there, there was a woman when we did that Blinding Lights dance and she said she did it with her daughter.

“And then the daughter died by suicide and she messaged me a big message. She said, ‘Thank you so much, it was the last memory I had of her and we were all having fun and we were dancing together and we were learning the dance’.”

Derry explained: “This was the week after [she died] she actually messaged us. I was actually crying when I read it. Even when I think about it now I get emotional.”