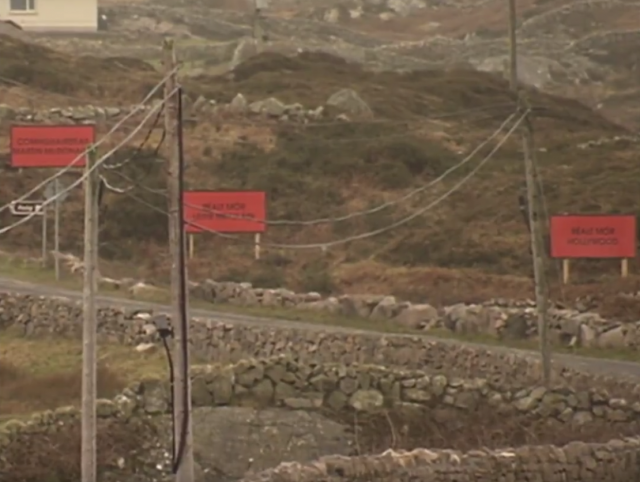 Irish filmmaker Martin McDonagh has been honoured with three billboards in his father’s native Connemara.

The writer, who was born to Irish parents but grew up in London, has won praise this year for his film Three Billboards Outside Ebbing, Missouri.

The film has scooped plenty of awards this season, and most recently nabbed five BAFTA awards over the weekend.

The billboards have been erected along the roadside outside Leitir Mellain.

Local man John Bhaba Jeaic O’Conghaile told RTE that Martin’s parents had told him about the gesture, and that he was delighted by it.

Martin’s movie is also nominated for seven Oscars, which is set to take place on March 4 in Hollywood.

Check out the Daily Goss for all of today’s top showbiz stories;