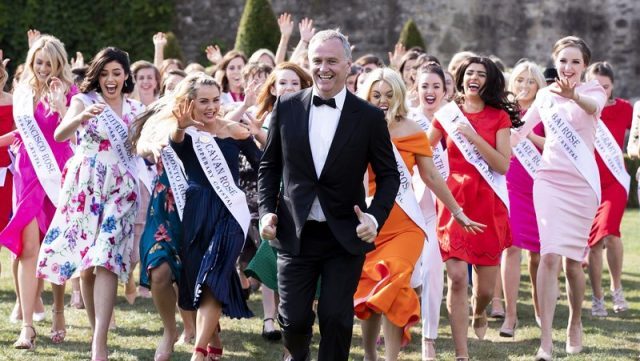 As always it was a night full of entertainment at the Dome in Co. Kerry, for the finale of the Rose of Tralee.

The winner of the title was the Waterford Rose, despite the Carlow rose being the favourite to win.

However, it wasn’t the crowning at the end that had everyone talking today, but the awkward fumble made on the show.

The mistake came when the Dubai rose was introduced instead of the Perth Rose, whilst she stood in the wings waiting to go on stage.

The awkward moment they call out the Dubai rose and it’s Perth who is on stage #RoseOfTralee pic.twitter.com/AifYdZDnzK

The poor rose then had to walk out to Daithi in complete silence, until the presenter corrected the mistake.

The Kerryman took her by the hand and reassuringly said, “So, as much as want to speak to Rebecca Egan, we’ll chat to her in a small while because we actually have our Perth Rose here!”

Viewers of the show were extremely amused by the fumble and shared their thoughts on social media, with one writing “Ah lads, imagine dying to be a Rose your whole life and you get through all stages.

“Big day comes, standing side stage, nerves falling out of you and then they completely fuck your introduction. I’d say her heart fell through her arse. The poor Perth Rose! #RoseOfTralee”

Daithi, when he gets his hands on the producers at the break after the Perth Rose #roseoftralee pic.twitter.com/OzBoQnQMXE