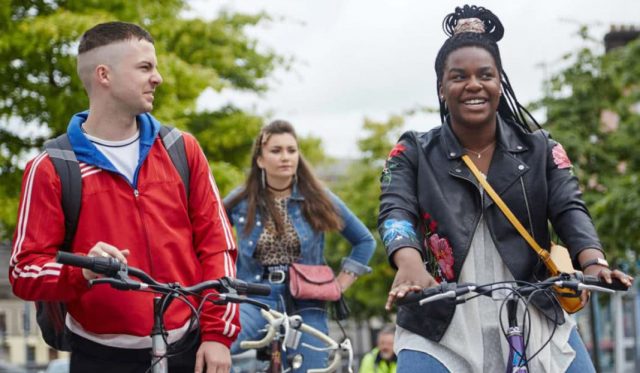 The Young Offenders star Demi Isaac Oviawe has revealed that she’s applying for the next series of Love Island.

The actress, who appeared on RTÉ’s Dancing With The Stars earlier this year, hopes to go on the show to find love – as long as her mum lets her.

“I’ve literally almost finished the application form as well that is the god honest truth. So fingers crossed if my mum lets me.”

“Who knows I might go on Celebs Go Dating or Love Island just to find love. So I’ll stay single just in case they want me on the show, I mean it is, what it is,” she said.

In order to make it onto Love Island, Demi will have to make a serious impression as over 80,000 people applied for the show last year.

Out of the thousands that applied, only six people were chosen to enter the villa, as the rest of the cast were scouted through social media or booked through agents.

Demi is best known for playing Linda Walsh in The Young Offenders, which returns for a second season this autumn on RTÉ 2.