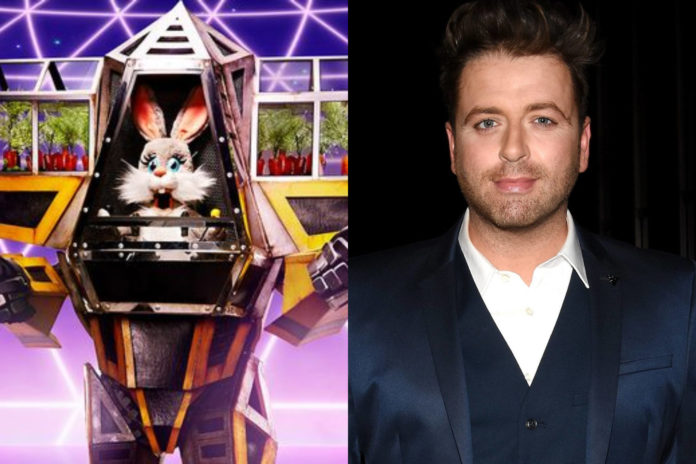 The Masked Singer UK fans are “100%” sure Robobunny is Westlife star Mark Feehily.

Viewers of the popular show have been suspicious that the Irish singer is behind the wacky costume ever since they showed off their incredible vocal range in week two.

On Saturday night, the mystery star said: “In my last performance the panel were deeply moved by my version of Shallow, but they’ve still not even given one name which is close. I love it.”

What an EGG-CELLENT performance! 🥚🧨
Who do YOU THINK is BEHIND THE MASK? #MaskedSingerUK pic.twitter.com/3YAX5E4NBb

“It’s well known that rabbits come from big families. And this bunny is no exception. You could definitely say it was pappa bunny that inspired my talent. And that’s the gospel truth,” they added.

“You want another truth? Sometimes people have said, isn’t SHE good. Confused? Great.”

Robobunny then impressed judges with their rendition of Dynamite by BTS, and fans think their song choice was a huge hint that Mark is behind the mask.

A third fan tweeted: “As I’ve said for weeks, Robobunny is 100% Mark Feehily from Westlife.”

"Dynamite" is also a Westlife Song

Poodle was sent home from the competition on Saturday night, and it was revealed that Keane frontman Tom Chaplin was behind the mask.

The Masked Singer UK continues on Saturday at 7pm on ITV and Virgin Media One with a double unmasking.