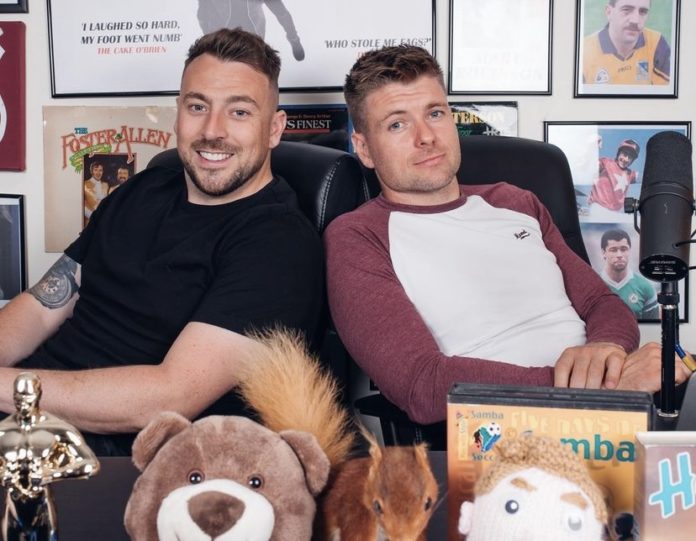 The GAA Catfish is the story everyone is talking about right now.

In the latest two episodes of The 2 Johnnies podcast, Johnny B shared his story of being catfished online earlier this year.

He told listeners: “Last year, I became single. It’s never easy, no matter what way it goes. And in January, around Christmas time, this girl follows me on Instagram.”

Johnny B spent weeks texting and sending voice messages to the “Cora O’Donovan” account but every time they tried to meet up in person, she pulled out last minute and came up with different excuses.

On one occasion, she claimed her aunt had died suddenly and another time, she said she had tested positive for Covid-19.

Johnny B and Johnny Smacks came to the conclusion that the “Cora” account was fake, and that the woman behind it was running a number of fake profiles.

Johnny B said: “I consider myself reasonably intelligent, but in this story I was very much taken for a fool.”

In part 2 of the podcast, The 2 Johnnies revealed that over 40 individuals – including GAA players and media personalities – have been catfished by the fake accounts.

Johnny Smacks said: “Here’s the thing. This is something that you see on Catfish the television show and you think ‘that only happens in America’. This has happened in Ireland to a lot of people and a lot of people that we all know in the entertainment industry in the GAA, everywhere.”

What the hell @thetwojonnies #gaacatfish where does she get THE TIME to be 19 People !!!??!?!

The hashtag #GAAcatfish has been trending on Twitter in Ireland ever since the release of the two-part podcast, with many calling the story “wild”.

Another listener wrote: “The #GAACatfish saga is the most chaotic Irish Pop Culture moment since Nadine Coyle lied about her age on Popstars (and that’s a fact).”

A third penned: “Netflix should buy the rights to make a series on The 2 Johnnies #GAAcatfish. Absolutely bananas stuff.”

The #GAACatfish saga is the most chaotic Irish Pop Culture moment since Nadine Coyle lied about her age on Popstars (and that’s a fact).

Netflix should buy the rights to make a series on The 2 Johnnies #GAAcatfish. Absolutely bananas stuff

I hope who ever made this has a fabulous week. I was close to getting the pen and paper out to try keep up #Gaacatfish pic.twitter.com/UfrqJ24LeP

GAA Catfish is still living in my head rent free. Death notices, diabetic comas, Liverpool, the dog in the Garda Station, the fact that she knows where he lives!

Me after listening to the catfish story from the the 2 johnnies pic.twitter.com/vi6R0DQIPA