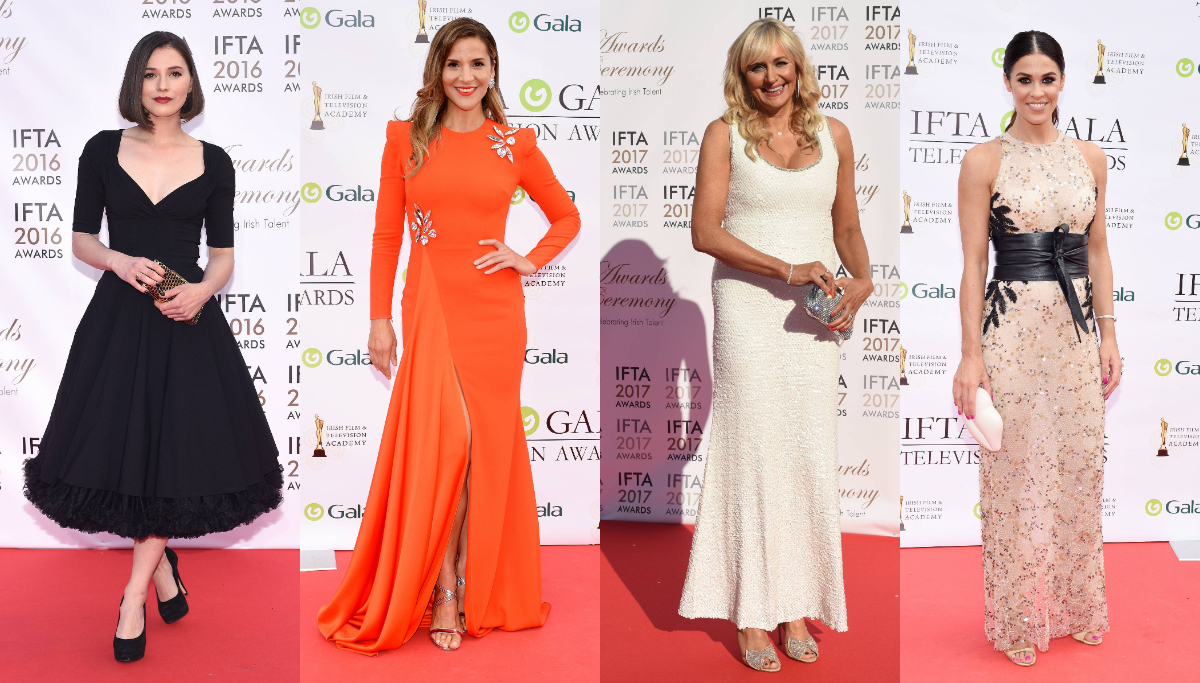 Ireland’s biggest stars in film and drama come together every year to attend the IFTA Film and Drama Awards, and their fashion choices never fail to disappoint.

With the 2020 award ceremony set to take place virtually this Sunday, we decided to take a trip down memory lane by checking out the best looks from the IFTA’s over the years.

Amy Huberman has had many stand-out moments on the red carpet over the years, but she looked like a real-life princess at the 2017 IFTAs.

The Irish star, who won the Best Actress award that year, donned a stunning white vintage dress, which was from the boutique Dirty Fabulous.

She also paired the outfit with a neckpiece from Jenny Vanders, and a striking red box clutch.

An outfit fit for a winner.

Back in 2018, Glenda Gilson wore a gorgeous gold number on the IFTAs red carpet.

The former Xposé presenter, who is currently expecting her second child, looked slick in her sparkling floor-length dress.

She added a large leather Obi belt to the look, and pulled her hair back into a slick ponytail.

Fierce and elegant all at once!

Another show stopping look that we loved at the IFTAs was Simone Kirby’s frock in 2017.

The Jimmy’s Hall star wowed in a black sequinned, off-the-shoulder gown, which was made by Vivienne Westwood.

Matched with simple jewellery by Edge Only, Simone’s striking frock was one of the stand-out outfits at the award ceremony that year.

A look for the ages!

The Peaky Blinders star donned a magnificent black vintage dress with a V-neckline and a flowy skirt from the waist down.

The Irish actress paired the dress with a bold red lipstick, and matching black stilettos.

Charlie later donated the dress to raise money for Down Syndrome Ireland.

Amanda Byram turned heads on the red carpet when she modelled a knock-out tangerine gown in 2018.

The former Dancing With The Stars presenter showed off her incredible figure in the long-sleeve frock, with embellishment on the shoulders and waist.

She also paired the look with matching lipstick and silver sandals and earrings.

This look certainly had the wow-factor!

Back in 2017, Miriam O’Callaghan stunned on the red carpet in this elegant white number.

The sparkling dress was from the Limerick-based dress hire boutique, The Ivory Closet.

The RTÉ star’s look was completed with understated but stylish hair and make-up.

Check out the full list of IFTA nominees ahead of this year’s virtual ceremony.