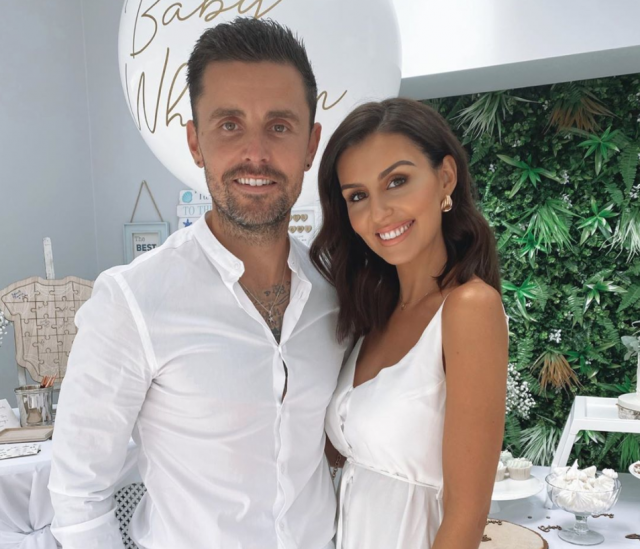 Terrie McEvoy has asked her followers to stop questioning her about having children.

The Irish influencer married her long-term love David Fitzpatrick in Portugal last September, and ever since then Terrie’s followers have been asking when they’re going to start a family.

During a Q&A session on Instagram last night, Terrie was once again questioned about having kids.

Terrie responded: “I have about 100 of these questions. All I’m going to say is that, I just feel that it is a little bit inappropriate to ask a woman these kind of questions…” 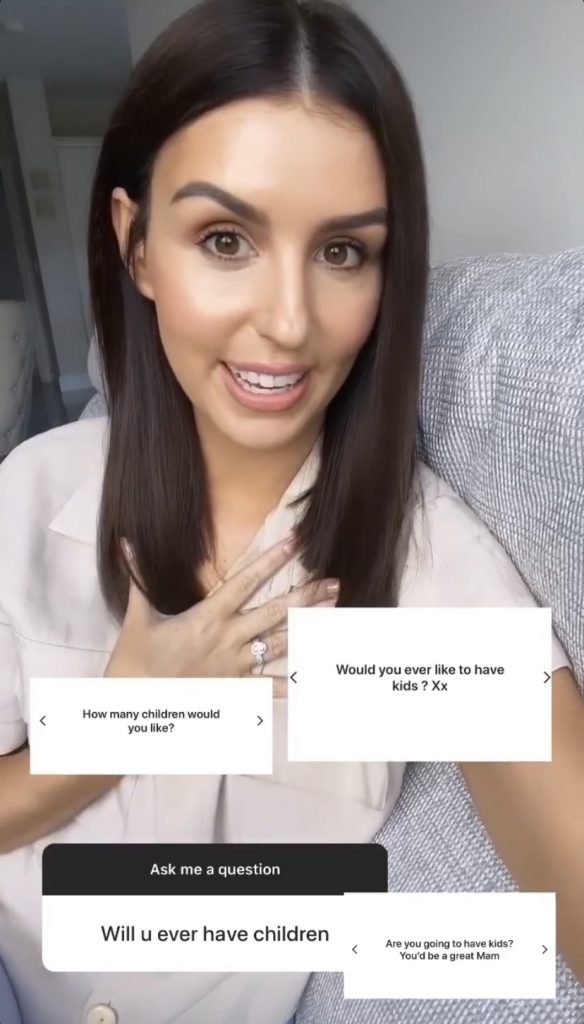 She added: “I know that you guys only mean well and thank you so much, but just stop.”

The news comes after Lottie Ryan recently expressed her frustration over being asked about starting a family.

The radio presenter, who married her husband Fabio Aprile back in 2017, said she started to wonder if something was wrong with her – as people kept hounding her about having a baby.

Lottie said: “You spend your twenties doing everything you can to not get pregnant. And then suddenly you get married and are in your thirties and every Tom, Dick and Harry is asking me when are we going to have a baby.”

“But I decided I’m 35, and I’m still not thinking about it. So maybe I need to investigate what my options are for the future. People won’t get off my case about this.”

“And it is starting to really affect me mentally and making me think ‘what is wrong with me’ that I’m not the same as my friend or why do people keep asking me this.”

“It’s not like when my mum was having all of us where people just get married and started having families,” Lottie told the Irish Mirror.

“It’s different now. Even in terms of the cost of living. And I did just buy my first home last year, and these are huge life moments in a different way than when our parents were having us.”

“It is important for people to just think before you speak. Asking those kinds of questions when you just don’t know what someone is going through, or the affect it will have on somebody for the rest of their day,” she said.

Lottie also asked people to think about women like Rosanna Davison when questioning others about having children.

The former Miss World was asked about starting a family for years, before she finally opened up about her struggle to have a baby last year.

Lottie said: “Look at somebody like Rosanna Davison. For me she is the epitome of somebody who looks so put together. Always has a smile on her face, and just always such a lovely person.”

“And then little did we know, I remember watching that interview with her on the Late Late Show and thinking ‘holy s**t’.”

“That poor woman has been doing interviews for years with people asking her if she was going to pop one out and what she was going through was utter hell,” Lottie said.

“I just think people should be a little bit more careful and educate themselves on fertility and think before you speak.”

Last year, Rosanna told fans that she suffered multiples miscarriages before she decided to look into surrogacy.

And last November, the model and her husband Wes Quirke welcomed a baby girl named Sophia via gestational surrogate.

Eight months after they welcomed their first child via surrogate, Rosanna announced she was pregnant with “miracle” twins earlier this month.

In a post shared on Instagram, Rosanna told her followers: “My doctor can’t offer a medical explanation for why I have been able to sustain this pregnancy and it will probably always remain one of life’s mysteries.”

“However, we found out I was pregnant after the first month of lockdown when I was far more physically relaxed than I’ve been in years and enjoying the slow pace of family life at home, despite the anxiety and sadness in the outside world.”

“So perhaps that time out from the stress of busy everyday life made all the difference. We still can’t quite believe it ourselves and it’s taken a long time to properly process it and feel ready to share the news.”