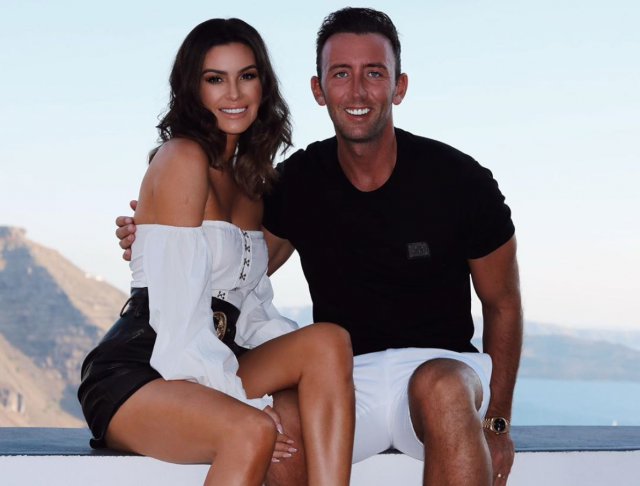 Suzanne Jackson is one of Ireland’s most inspiring entrepreneurs, building a single blog into a beauty empire.

The Irish star is soon to celebrate her third wedding anniversary with her beloved husband Dylan O’Connor, but has admitted they have faced tough times together.

Despite their hectic schedules and a tough 12 months, their relationship is stronger than ever amid a challenging time.

Speaking to VIP, the makeup mogul was asked if 2019 was the “hardest year yet”.

“Yeah” she told the mag, “It was. Dylan and myself are fine, it’s nothing to do with our relationship, but nobody knows what goes on behind closed doors.”

“But sure, what is life without some challenges?”

The mogul admitted that she can never switch off when it comes to work, which is the “one thing” she and Dylan disagree on.

“It’s the one thing my husband and I will fight about. He thinks I’m going to burn out.”

“Him and my mum and dad worry about me a lot. I was a high energy child and I still can’t sit still. My mind goes a mile a minute.”

“Even when I was doing the voice over for new RTÉ show The Style Counsellors they were like, ‘Hold on there Suzanne, slow down!'”

“When I switch off I get lazy and very uninspired so I just like to keep the wheel turning,” she expressed.

“But Dylan and I do fight about that. When we go home he’ll be like, ‘Suzanne I’m not talking about work anymore.'”

Discussing their happily married life, she said: “He said to me the other day over breakfast, ‘We only ever fight about work.’ And it’s true, we do. They are the only rows we have.”

“But men are so much more relaxed about things, their approach to everything is so different.”

“If Dylan was any more relaxed he’d be lying down! I’m the complete opposite, I’m highly strung. But that’s what makes our marriage work too”