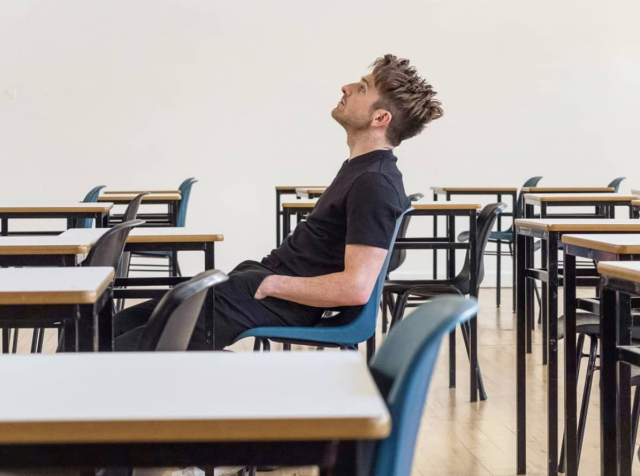 Stephen Byrne’s new documentary ‘Leaving Again’ resonated with a lot of viewers as it aired on RTÉ One this evening.

Last year, the RTÉ presenter did the unthinkable and decided to return to school to resit his Leaving Certificate.

The documentary followed Stephen’s personal journey as he walked down memory lane, and the programme has sparked a huge conversation online.

Nine years after @stephenbyrne sat his Leaving Cert, he did the unthinkable and sat them again 📚✒️Does he fare better second time round? #LeavingAgain Thursday 10:15pm pic.twitter.com/EuGIl7CwPt

In the doc, Stephen highlighted how the pressure of the Leaving Cert can seriously affect your mental health – something a lot of people can relate to.

Viewers are now sharing their personal stories online, and pointing out why the system needs to change.

Such a stand-out statement that I heard a lot in secondary school too: “you need to know it, not understand it.” Cram. Cram. Cram. Education needs to change. This is great, @stephenbyrne 👏🏻 #LeavingAgain @RTEOne

Apart from maybe English creative writing & art, the Leaving has no room, nor gives a flying fuck about creating room for creative flair, expression, endeavor, critical thinking or personality. It’s great at stressing folk out & not prepping them for college though. #LEAVINGAGAIN

#LEAVINGAGAIN@stephenbyrne Thank you so much for highlighting this. Much needed discussion. It’s like I’m watching myself. I am in 6th year and I’m struggling with life in general like everyone and depression. The last 6 years has been hell and the last 2 have only gotten worse

“You don’t need to understand it, you just need to know it” sums up everything @stephenbyrne @RTEOne #LEAVINGAGAIN

Very insightful & interesting documentary @stephenbyrne! Well done for putting yourself through it!It’s a system that favours those who can memorise & regurgitate in exams. Something needs to change, especially with how it can affect people 1 year or 10+ years later #LEAVINGAGAIN

Great documentary @stephenbyrne I had a son go through the leaving cert this year too and the pressure of points & college is so tough on both parents & students. It’s a rite of passage that needs to change. #LEAVINGAGAIN

Well done, @stephenbyrne on passing your Leaving Cert. You achieved a LOT in a couple of months. Well done on also highlighting a system that needs MAJOR reform. Great documentary. #LeavingAgain

Fantastic documentary on the trials and tribulations faced with the Leaving Cert, I have no doubt it will raise some well needed questioning of the Irish education system. So well done @stephenbyrne, on both the doc + LC points! You did a fine job 👌🏼 #LeavingAgain

Literally the most relatable thing I’ve ever watched👏🏼👏🏼📝#LEAVINGAGAIN

A third of my class (that I know of) were depressed and/or suffering from anxiety in sixth year (and most of those self-harmed). We talked in hushed tones about our mental health. Hopefully five years on, things are better for students now. #LEAVINGAGAIN

I’m actually emotional watching #leavingagain, it’s bringing back the nerves I felt on the day of every.single.exam. Massiveeeee fair play to @stephenbyrne for putting himself through it again.

The fact Stephen had to work throughout the leaving cert year is also a reality for some students who maybe full time carers for family member’s or working in order to be able to afford college after the leaving cert
Study simply cannot be a priority for all..#LeavingAgain

@stephenbyrne only 15 minutes in and I’m already gripped to #LeavingAgain. Really showing the effects that such a difficult state exam can cause on mental health. Fair play on bringing light to various other difficulties encountered during that time. #timeforchange #education

This is something that needed to be seriously documented for years, the effect of the LC on peoples mental health! Bravo @stephenbyrne #LeavingAgain 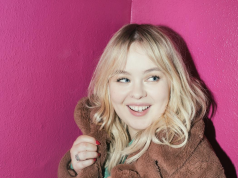